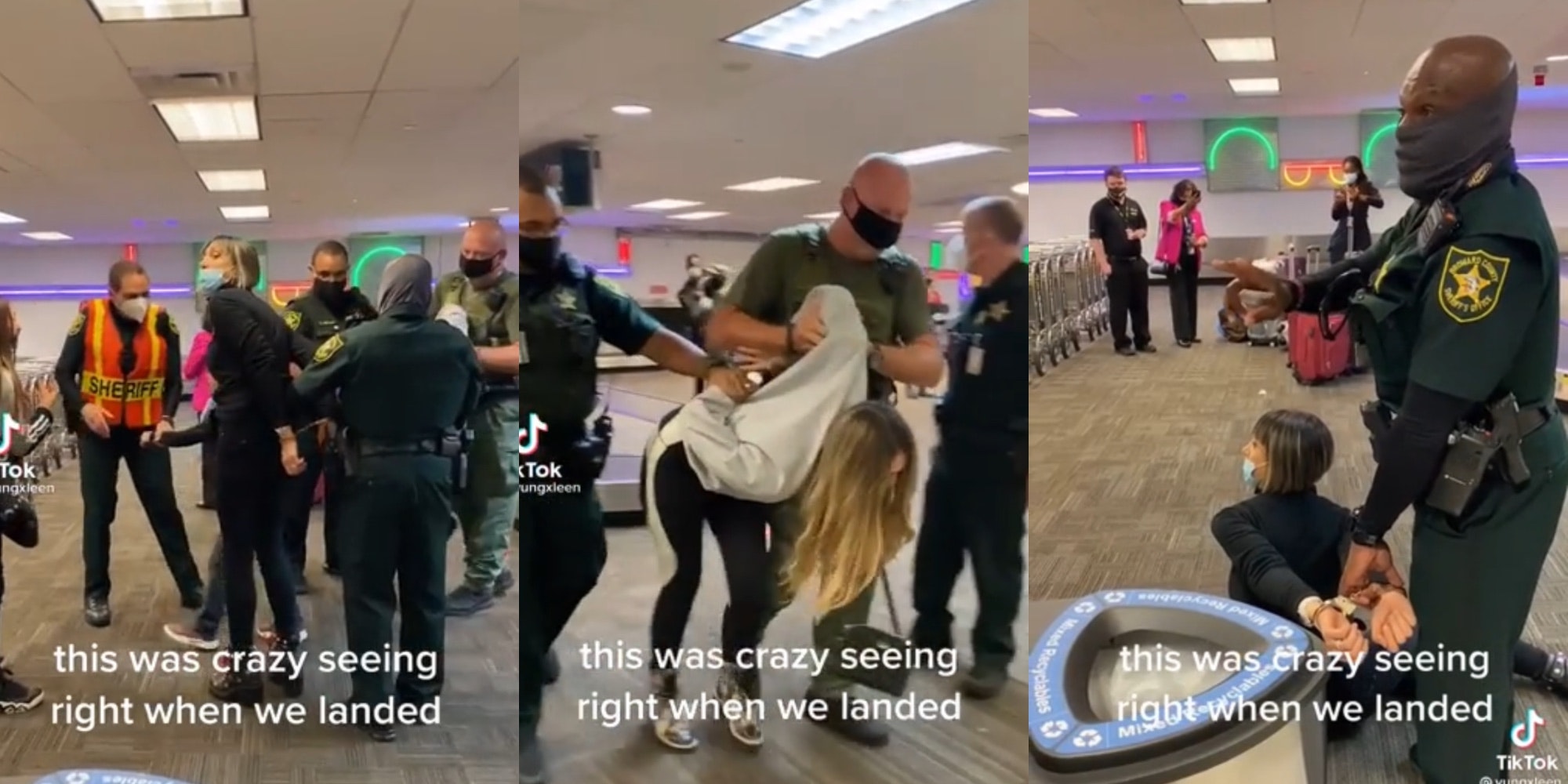 The TikTok shows 2 white women getting arrested in Florida.

A video going viral on social media shows two white women freaking out in the middle of a Ft. Lauderdale, Florida airport after being arrested by police. But according to the user who uploaded the incident, there’s no connection to the Capitol riot arrests recently taking place in airports.