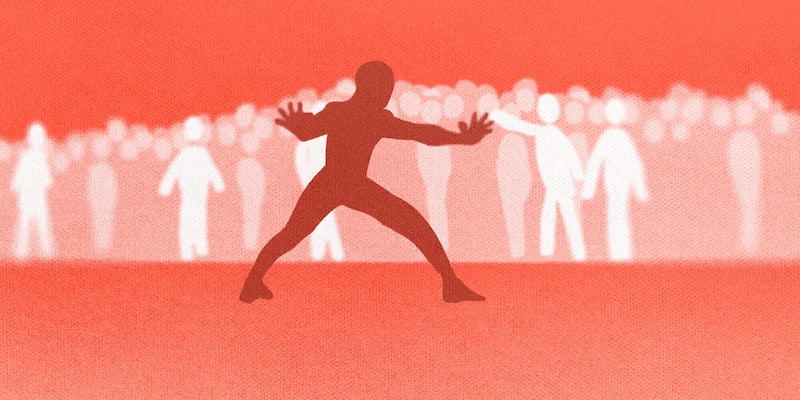 'They need to have their butts at home,' he said of the rioters.

Heroes were hard to spot in the protest-turned-riot in Baltimore on Monday evening in the aftermath of Freddie Gray‘s funeral. But a Vietnam War veteran named Robert Valentine knew he had to intervene—and in doing so, he became a powerful symbol of sanity amid the chaos.

In a dramatic scene, Valentine stepped out into the space between heavily armed Baltimore police and fed-up protesters, seeking an end to the looting and violence that had marred the largely peaceful protests.

A CNN reporter asked him why he was doing it.

“I’ve seen more than all this,” Valentine, a 30-year veteran and master sergeant told the reporter. “I’ve been through the riots already.”

“This right here is not relevant,” he went on. “They need to have their butts at home. They need to be in their home units with their family studying and doing something with their life not out here protesting about something that’s not really about nothing. They do not respect this young man’s death.”

Freddie Gray, a 25-year-old African-American man, died of spinal cord injuries while in police custody. Baltimore residents took to the streets after his death to express their frustration with the city’s police force. But as pockets of protesters seized the chance to make things violent—setting police cars on fire and looting local stores—Valentine couldn’t just stand by and watch.