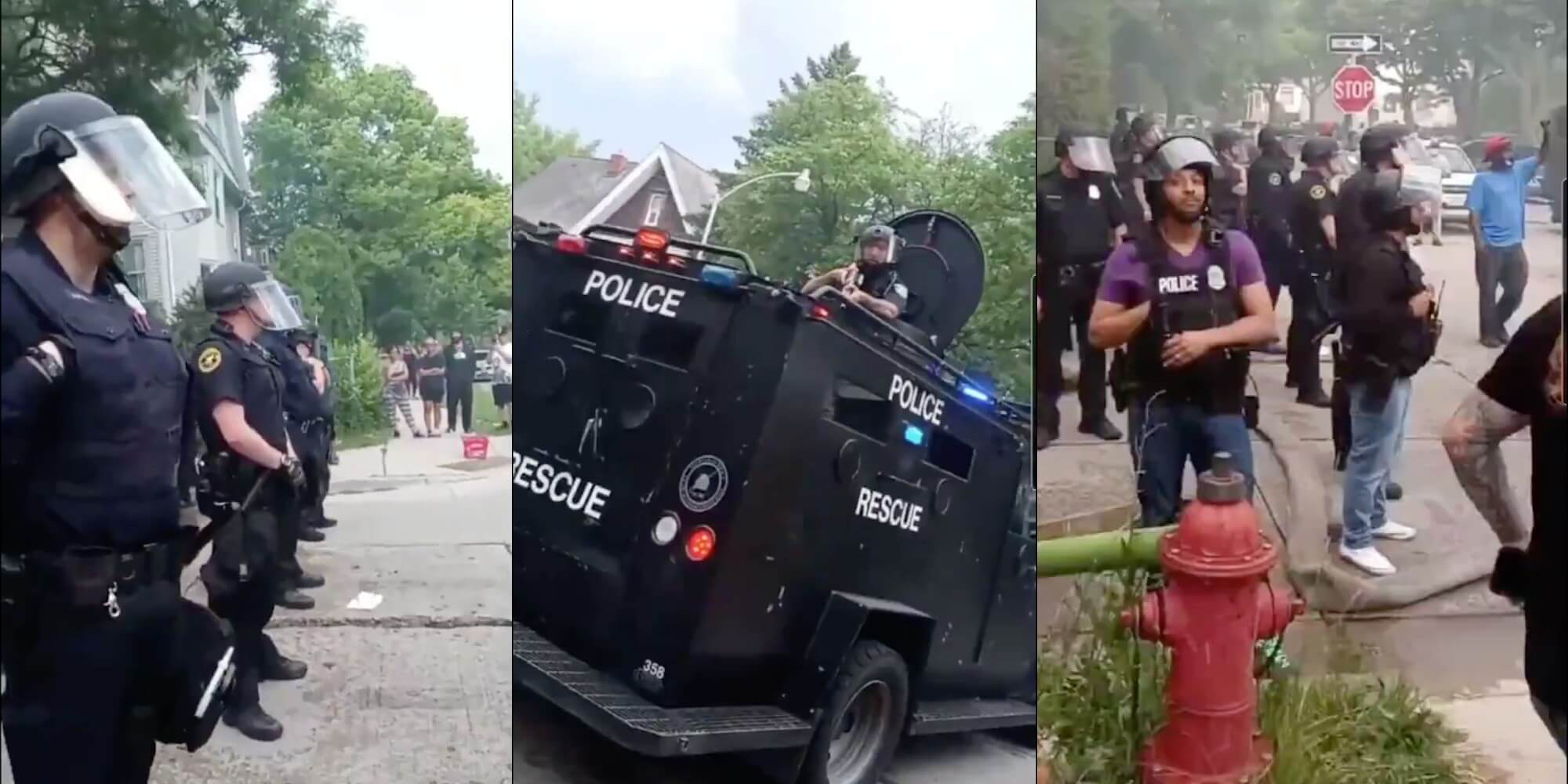 The teens have been found safe.

Milwaukee residents on Tuesday gathered outside of a house they suspected housed two missing Black teenage girls for sex trafficking. The residents recorded themselves demanding action from police officers who searched the residence and came up empty, Milwaukee Journal Sentinel reports.

On Monday, police officers searched for the 13-year-old and 15-year-old and were unable to locate them there, according to a Milwaukee Police Department press release.

On Tuesday, officers were dispatched to the same location after they were “notified that individuals attempted to enter the residence to conduct their own missing check,” per the press release. Officers searched the residence again and were still unable to locate the two girls.

“The crowd continued to grow and individuals began to throw bricks and pieces of concrete at officers,” the statement said.

Seven police officers were injured during the unrest, according to Milwaukee Journal Sentinel.

Members of the crowd said they discovered a pair of “bloody shorts” in a van parked at the house and a piece of paper with the words “Wanda is sex.” It’s unclear who Wanda is.

As the crowd grew, they surrounded the back of the residence and set a couch, a vehicle, and a residence on fire. Officers also responded to shots fired.

The police department said officers escorted firefighters to extinguish the fire, and one firefighter “sustained a non-life threatening injury and was transported to a local hospital.”

The two girls were located on Wednesday. The police department said their disappearance did not qualify under state guidelines for an Amber Alert and that the department is still investigating the situation.

“The preliminary investigation revealed that no information has been provided to MPD to suggest that the teenagers were at the residence that was set on fire or that any foul play occurred at that location,” the statement said.

“We have to be allowed to conduct our investigation and not chase a crowd and take that information from that crowd to be factual,” Morales said.