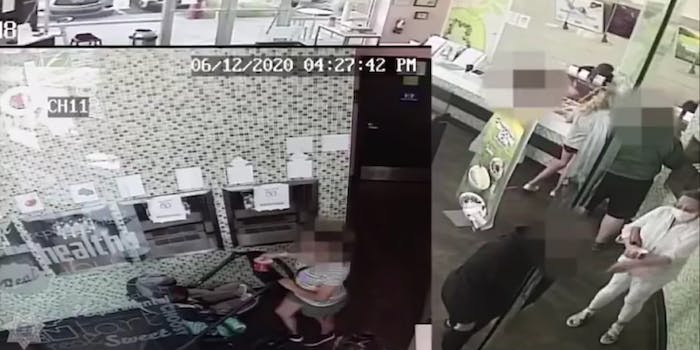 The baby had a slight fever after the incident, which happened at a froyo shop.

An unidentified white woman pulled down her mask to cough on a 1-year-old child in a stroller being pushed by his mother.

“It happened so quick I was in shock. She got close, she took off her mask, and she coughed three times super hard on my son’s face,” Mora said in the ABC 7 interview.

Mora told ABC 7 the woman might’ve had racist intentions, as she approached the family after Moya began speaking to her grandmother in Spanish. Mora also said the family in front of the woman was white.

The incident was labeled as an assault case by the San Jose Police Department but no arrests have been made, according to ABC7.

The police released a video on Monday of the incident. The woman appears to point to the ground and then walk several paces closer to Mora and her son before coughing on the child.

Mora told ABC7 that her son had a slight fever after the incident, but is now doing well.