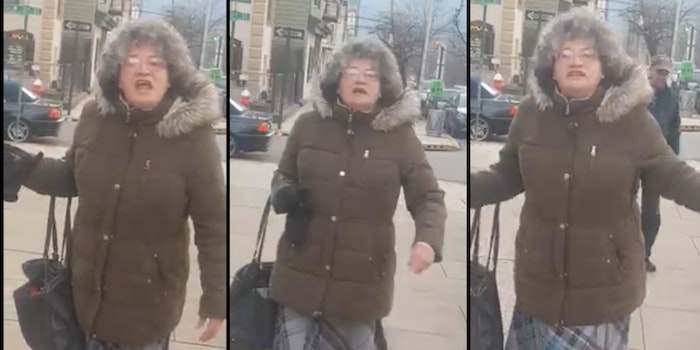 New Jersey officials spoke out against the incident.

A New Jersey woman was arrested on Monday after a video showed her shouting racial slurs at a Black woman on a public sidewalk, according to multiple reports.