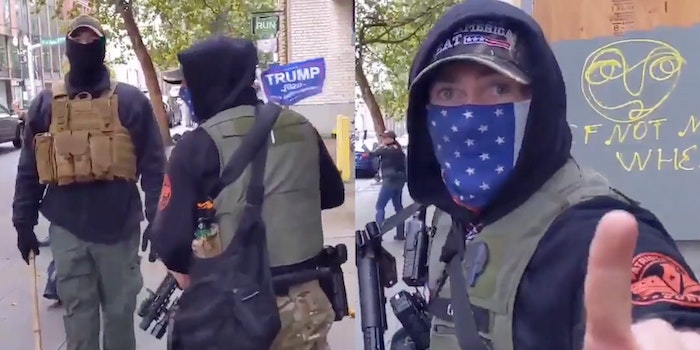 'You don't belong up here.'

A video that surfaced on Reddit this weekend shows a man armed with an assault rifle, carrying a “Trump 2020” flag, and calling a woman a “cunt.” The clip was posted in numerous Reddit threads by user @werdmouf on Sunday.