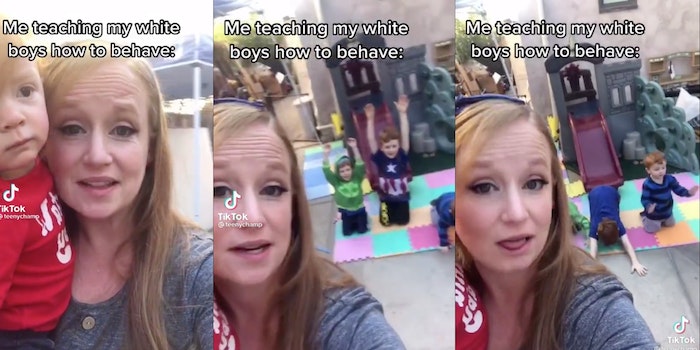 Black content creators said it made the video made them feel 'uncomfortable.'

A white mom on TikTok posted a now-viral video of her children “hailing” Black women earlier this week. She removed the video after Black content creators said it made them “uncomfortable” and “threatened.”