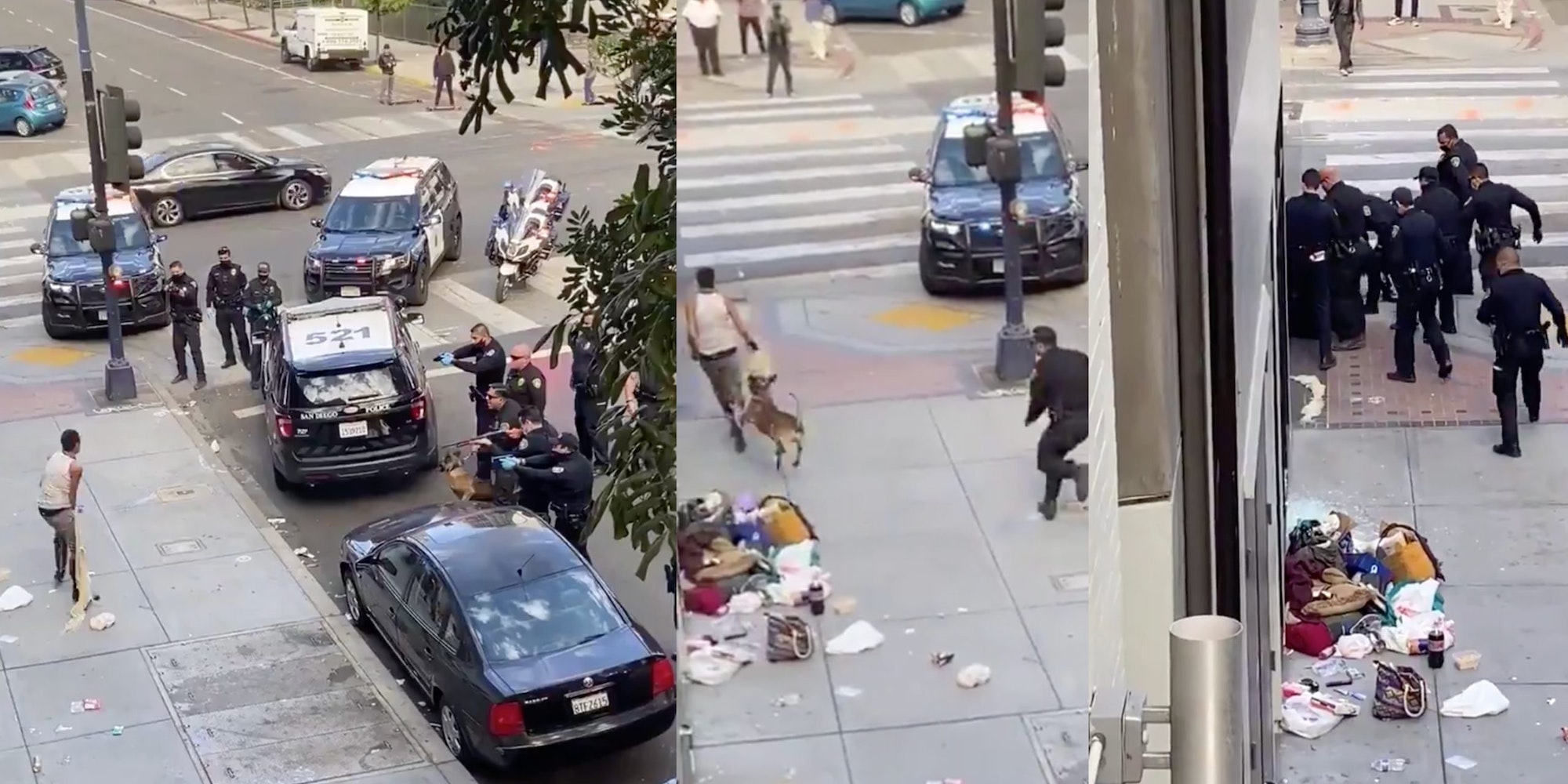 'Is the inconvenience of noise outside your home worth a life?'

A newly surfaced video shows police officers in San Diego shooting at a homeless woman and setting a police K-9 loose on her.