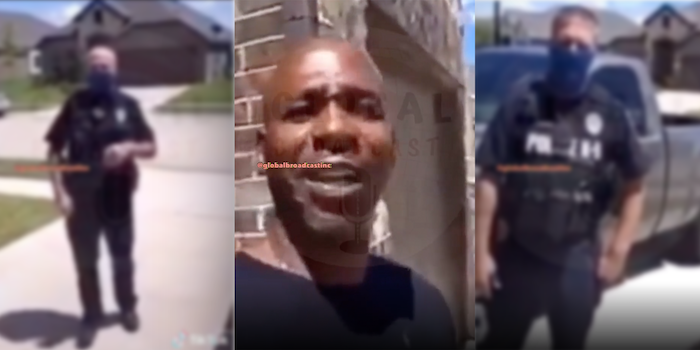 In a video uploaded to TikTok, a police officer questions and requests ID from a Black man who is walking outside of his own home in a suburban neighborhood.