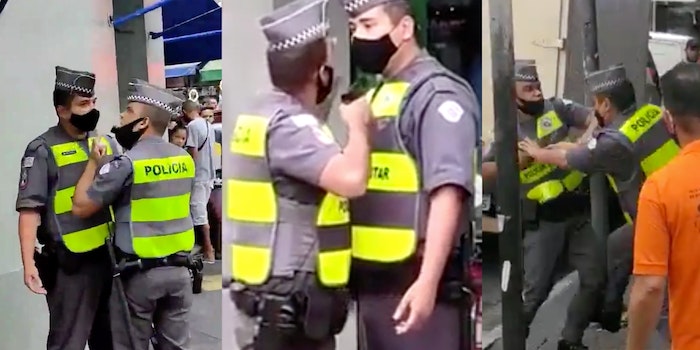 The other officer said he would report him for being late.

A newly surfaced video shows a police officer in Brazil pointing a gun in the face of a second police officer, reportedly because the second officer said he would report him for returning late from lunch.