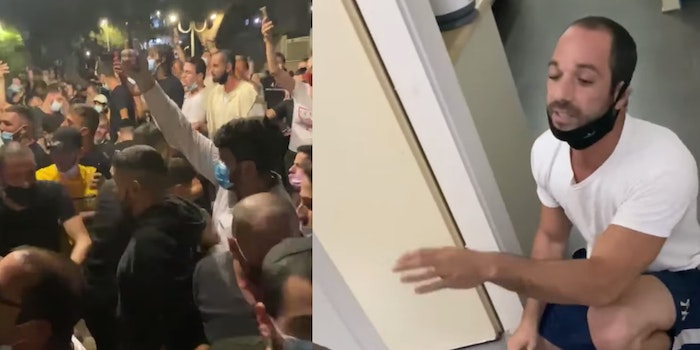 His address was posted to Facebook after the disturbing video went viral.