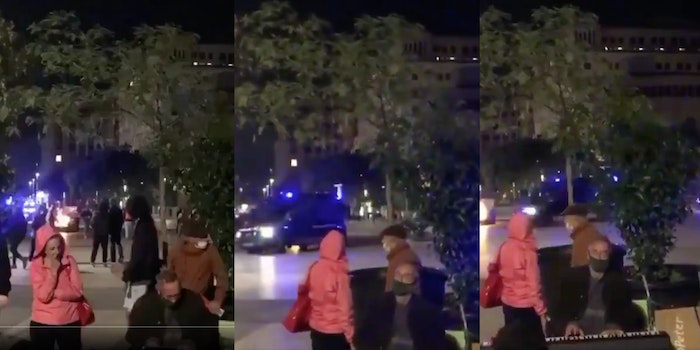 A video that went viral on Reddit on Sunday shows a man playing the piano on a sidewalk in Barcelona, Spain, as gunshots, fires, and protests erupt around him in response to Prime Minister Pedro Sánchez’s lockdown restrictions.