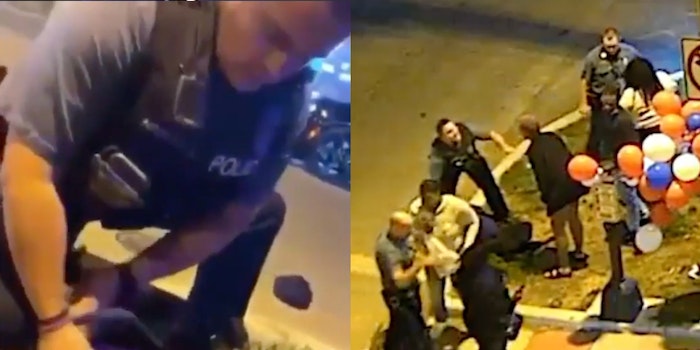 Protests have erupted in Kansas City, Missouri, after videos showed a police officer kneeling on the back of a Black pregnant woman while placing her under arrest.