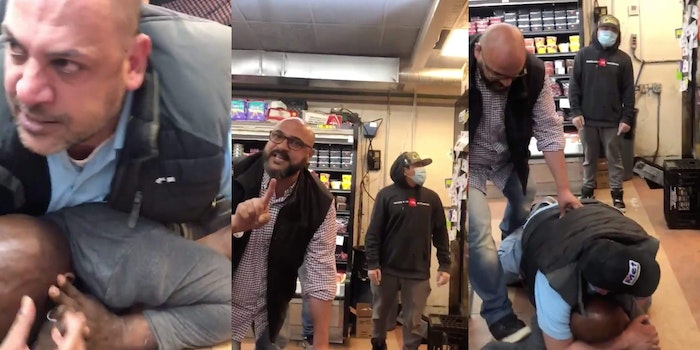 The man said he couldn't breathe.

A video shared on social media shows a grocery store employee pinning down a Black man and pressing against the back of his neck. The incident took place on Sunday at a Met Foodmarkets in Brooklyn, New York.