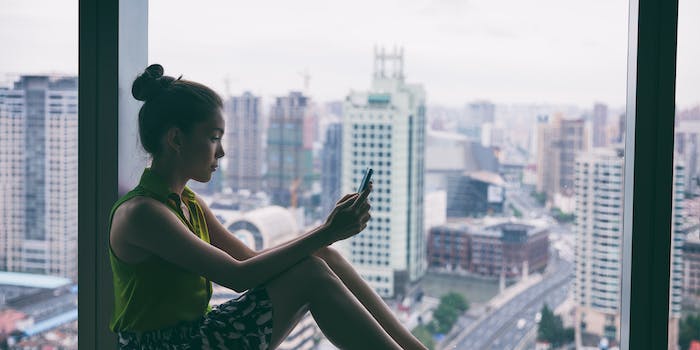 VidCon: Therapists share their concerns about the ‘sensationalization’ of mental health issues on the internet

'I think we’ve taken the word [trigger] a little bit too far.'

Popular therapists and content creators on TikTok who speak on the intersection of social media and mental health have brought their expertise to VidCon.

The creators tackled difficult topics, like the rhetoric that social media contributes to the rise of mental health issues. With a steep increase in mood disorders and suicidal ideations in teens from 2005 to 2017, as reported by AJMC, researchers fear that social media may be to blame. Other concerns include the increase in tic-like behavior in teen girls, akin to creators with Tourettes syndrome they watch online, as reported by Fortune.

When asked how much truth there was to this, Dr. Tracy replied, “If, for example, Tourettes is on the rise in young girls, then that statement should be based off of diagnoses. If that’s actually the case, and people are being diagnosed by a professional, then maybe it’s that people are more open to talking about what their issues actually are.”

The statistics back Dr. Tracy’s sentiment: part of this rise in diagnoses to an increase in access to therapy, and a decrease in stigma around it. Over the past twenty years, there was a notable increase in Americans seeking mental health resources, from approximately 20% of Americans seeking therapy in 2002 to a whopping 41% in 2020. Dr. Tracy attributes that in part to the normalization of mental health: “Because of TikTok, people are more open to talking about their mental health issues.”

But even these creators aren’t immune from the pressures of social media themselves. They shared their experiences with imposter syndrome, or the feeling of doubt surrounding your abilities and achievements. Dr. J shared his thoughts: “It doesn’t matter how long you go to school for, or how much information you have about something, you’re going to feel how you feel. Just coming here to VidCon, I was overwhelmed… You get in your head about things, and I know you’ve experienced that in your life. Maybe you get a promotion, or you’re interviewed for something, you get in your head about [not being good enough], it happens. It arises. The main thing I put out there is you’re going to do things anxiously, you’re gonna do things scared, but as a therapist, I’ll encourage you: do it anyway.”

The creators also tackled the sensitive topic of trigger warnings. The moderator, V Spehar, cited research indicating that trigger warnings may do more harm than good. When asked to share their thoughts, the three therapists seemed to agree with recent research. Shani T said, “People are aware of what they are digesting. And if they feel a way, they can choose to step out. I can’t tell you that this [material] is going to be triggering…because it’s up to you to decide whether or not the content is making you feel a way.”

Dr. Tracy agreed: “I also think [trigger] is a very generalized word, so is it going to trigger you? What are your triggers? I also think we’ve taken the word a little bit too far because I have a creator on Instagram who has scars from her self-harm and people have been asking for trigger warnings on her videos… Her response is ‘my body is not a trigger.’”

While the effectiveness of trigger warnings may be up for debate, the impact of social media on mental health is not. Presence on social media directly correlates to an increased risk of anxiety, depression, lack of sleep, and even physical ailments.