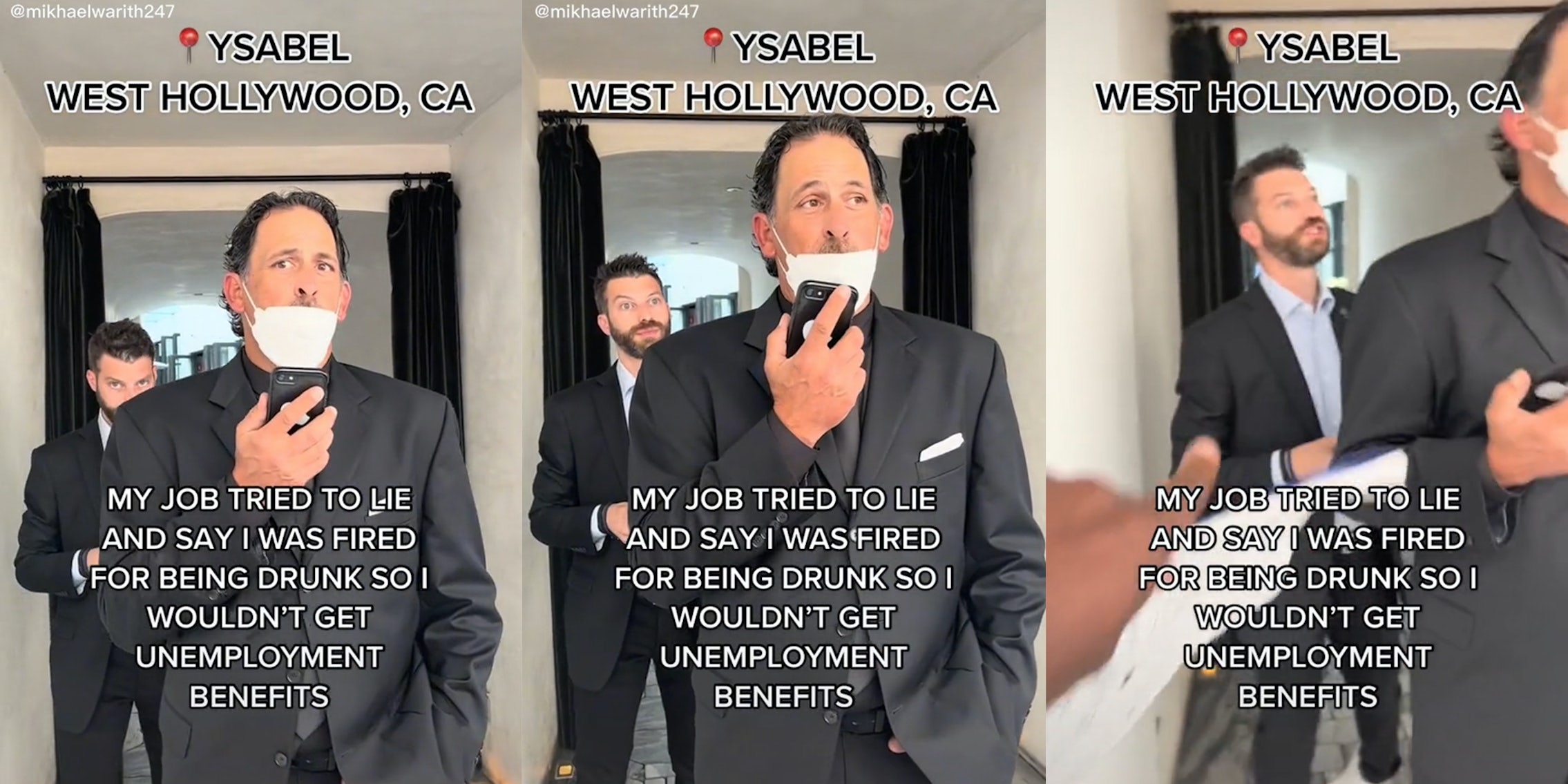 ‘So I wouldn’t get unemployment benefits’: TikToker says his job lied, claimed to fire him for being drunk

'What they are doing is wrong and I’m so happy you got it recorded.'

A TikToker says a restaurant in Los Angeles fired him and falsely claimed he was drunk so that he wouldn’t be able to receive unemployment benefits.

User @d0nc0rle0nee posted a TikTok on Saturday of a superior of his at Ysabel in West Hollywood saying that he was fired for being drunk. Then, another Ysabel employee says, “Don’t say that.”

“My job tried to lie and say I was fired for being drunk so I wouldn’t get unemployment benefits,” @d0nc0rle0nee wrote in the video’s overlay text. On Monday, his video had been viewed over 4 million times.

“He adjusted my time on my timesheet because I worked 8 hours without a break which is illegal,” the TikToker wrote in the video’s overlay text.

In a final TikTok, @d0nc0rle0nee says that he was told to pick up a check on Friday. In the video, the three Ysabel employees seen in his other two videos tell him to come back Monday, and they can “talk.”

Commenters on @d0nc0rle0nee’s videos agreed with the TikToker and said he was being mistreated.

“As long as they say the word fired he gets benefits,” @dazaeth commented. “Drunk or not.” According to the California Employment Development Department (EDD), if someone is fired, their employer needs to “prove that there was misconduct” for the former employee to be denied unemployment benefits. Being intoxicated does count as misconduct.

“I’m assuming ex employer was trying to lie so he wouldn’t get benefits but messed up by saying fired,” @ksa00012 wrote. “Hence making him eligible for EDD.”

“What they are doing is wrong and I’m so happy you got it recorded,” @jerm5_ commented.

Other commenters related to @d0nc0rle0nee’s videos.

“I went through the same thing,” @muaalexx wrote.

“That dude on the left was my manager at another restaurant but he got FIRED,” @k1llm0nger1 commented.

“I was fired & never received my unemployment,” @silaspicnicparadise commented.

The Daily Dot reached out to @d0nc0rle0nee via TikTok comment and to Ysabel by email.