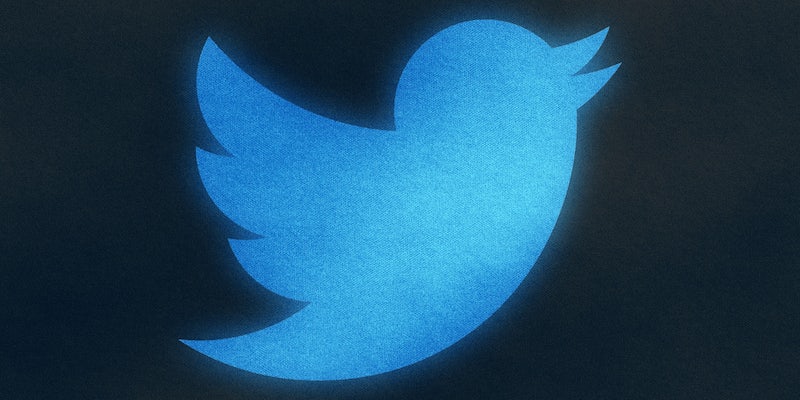 In a blog post on Tuesday, Twitter firmly stated that it was opposed to the use of its data by companies licensing mass-surveillance platforms to U.S. law enforcement agencies seeking to monitor social media.

“As a company, our commitment to social justice is core to our mission and well established. And our policies in this area are long-standing,” Twitter said. “Using Twitter’s Public APIs or data products to track or profile protesters and activists is absolutely unacceptable and prohibited.”

Twitter has previously discussed its policies regarding law enforcement and social media surveillance in conversations with journalists, but Tuesday marks the first time the company has addressed the issue publicly in such detail. The company’s post continues:

We have an internal process to review use cases for Gnip data products when new developers are onboarded and, where appropriate, we may reject all or part of a requested use case. Over the coming months, you’ll see us take on expanded enforcement and compliance efforts, including adding more resources for swiftly investigating and acting on complaints about the misuse of Twitter’s Public APIs and Gnip data products.

The vast majority of developers respect the voices of people using Twitter, and we appreciate and support the creative and innovative work being done by these developers every day.

Twitter’s API and its Gnip enterprise platform are being used throughout the world for benevolent purposes, regardless of the recent focus on law enforcement surveillance. U.S. agencies, for instance, have deployed software to aggregating social media posts to supplement rescue operations during natural disasters, such as Hurricane Matthew, a category five Atlantic hurricane that killed over a thousand this year and displaced millions. Monitoring software relying on Twitter data was also used in the wake of the Orlando nightclub shooting, presumably to locate witnesses, a capability widely praised by homicide investigators. Multiple police agencies also claim to have interceded with positive results after individuals posted suicidal messages, according to internal law enforcement emails reviewed by the Daily Dot.

On the other hand, the software used by police pulling data from Twitter’s API, and those of other social networks, has undoubtedly been used to profile individuals on social media who are not suspected of any criminal activity. It has enabled police to circumvent privacy protections at Facebook. And the software has been turned on activists who have taken to the streets in protest of police brutality.

In cities such as Sacramento, California, police have used social media surveillance not only to identify threats to public safety, but as a dragnet surveillance tool for vacuuming up and storing identifying information on every citizen they can, including those not under suspicion of illegal activity. In the absence of laws governing the use of these powerful tools, which do not require a warrant to use, it’s unknown for how long, or to what degree, police are monitoring the activities of the citizens they’re sworn to protect.

Over the coming months, you’ll see us take on expanded enforcement and compliance efforts.

What is known, however, is that police across the United States have abused their authority in countless ways to spy on “romantic partners, business associates, neighbors, journalists and others, for reasons that have nothing to do with daily police work,” to quote an Associate Press article from June, which uncovered 325 incidents in which police officers were suspended or forced to resign for misusing databases that amass information on private citizens. In another 250 instances, “reprimands, counseling, or lesser discipline” was applied.

Jay Stanley, a senior policy analyst at the American Civil Liberty Union (ACLU), told the Daily Dot in September that while there are practical uses for social media surveillance on law enforcement’s part, the idea that police have unfettered privilege to collect social media posts en masse is certainly troubling. “Even though you obviously don’t need a warrant to read stuff that’s been published for the world to see, that doesn’t mean—as a policy matter—it’s a good idea for us to give our police license to engage in mass social media monitoring,” he said.

“In the U.S. we’ve never had a secret police that circulates around civil society just looking for anybody saying anything suspicious,” added Stanley. “We shouldn’t have an online equivalent either.”

After the Daily Dot approached Twitter in October over police contracts with SnapTrends, an Austin, Texas-based company that sells social media surveillance tools to police, Twitter severed its access, citing policies that prohibit use of its data for surveillance. SnapTrends, along with Geofeedia, which was previously cut off following an ACLU report, was in the business of offering police the ability to track individuals by collecting geotagged posts, which are social media messages and photos that include locational information.

Facebook and Instagram (which Facebook owns) also severed data arraignments with Geofeedia and SnapTrends this fall. Facebook’s decision, unlike Twitter, was not rooted in concerns about surveillance as much as the fact that companies were essentially repackaging and selling its user data for law enforcement purposes. In conversations with the Daily Dot, Facebook compared the companies to data brokers, which are prohibited access to Facebook data under established policies.

“We did not have a contract with SnapTrends and did not give them permission to share our data,” Facebook told the Daily Dot. “SnapTrends had access to our API—data that people have chosen to make public. Developers are allowed to use this data for certain things such as helping people share their own content and helping publishers and broadcasters discover content. If a developer uses our APIs in a way that has not been authorized, we will cut off access. That’s what happened here.”

Specifically, Twitter took action after prompted by news that Geofeedia and other similar tools had pushed #BlackLivesMatter, #PoliceBrutality, and similar activist hashtags as a selling point while encouraging police departments to purchase their software. The Daily Dot also reported this year that the Denver Police Department had purchased Geofeedia’s platform, despite longstanding rules restricting police surveillance instituted over two decades ago, after the department was caught amassing secret files on private citizens.

The Daily Dot further revealed that Geofeedia, a company funded earlier this year by the investment arm of the Central Intelligence Agency, had been deployed for one year in a Chicago-area public school, as SnapTrends had been previously in Orange County, Florida. It’s unknown at present how many schools have deployed software to spy on students; Geofeedia and Snaptrends both ignored repeated requests for comment.

In cities such as Charlotte, North Carolina, the information pulled from social media surveillance is often combined with other restricted data portals to create customized mega-platforms for law enforcement that included facial recognition, traffic cameras, and license-plate readers, while linking to federal criminal databases maintained by the FBI.

A top selling point for Geofeedia and platforms like it, according to emails obtained from law enforcement crime analysts, is the ability to include undercover accounts, which enable police to bypass Facebook’s privacy protections when targeting specific individuals. Profiles generated on suspects may include an enormous amount of information pulled from the suspect’s contact list, including those with no known connection to crime.

Through use of the Freedom of the Information Act (FOIA), the Daily Dot has acquired hundreds of documents pertaining to the use of social media surveillance by police agencies across the U.S. While Geofeedia and SnapTrends apparently no longer have commercial access to data from Twitter, Facebook, and Instagram, there are numerous other companies—LexisNexis and Media Sonar among them—whose similar law-enforcement products are still currently in use.