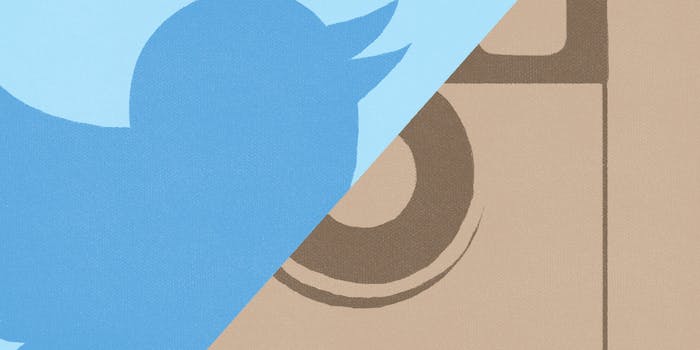 Ferguson is a specific place, but it has also become something of a synecdoche.

The national conversation about police brutality in Ferguson, Mo., plays out differently depending on what social network you use, according to new research.

The Pew Research Center found that Twitter and Instagram‘s Ferguson conversations are dramatically different, with #Ferguson tweets focusing almost entirely on the specific situation in the small Missouri city and #Ferguson Instagram posts overwhelmingly discussing the broader narrative of race relations in America.

Pew found that 86 percent of #Ferguson tweets related directly to the killing of unarmed African-American teenager Michael Brown and the protests and calls for reform sparked by his death. This contrasted with Instagram’s #Ferguson tag, in which 62 percent of posts focused on aspects of policing and racism outside of Ferguson.

On Instagram, Pew said, “the hashtag has been employed less as a reference to the events in Missouri and more often as a way for people to discuss or reference issues such as race, police brutality, and politics.”

Only 14 percent of tweets with the #Ferguson hashtag were unrelated to the Ferguson, Mo., story that continues to unfold in the aftermath of two Department of Justice reports.

After Ferguson, police brutality became the subject of mainstream media attention, with other deaths at the hands of police—like that of Eric Garner in New York City—inspiring follow-up protests that borrowed imagery and rhetoric from the Missouri demonstrations.

“A conversation referencing a major news event such as #Ferguson,” Pew observed in its analysis of tweets and Instagram media, “can take on a life of its own.”