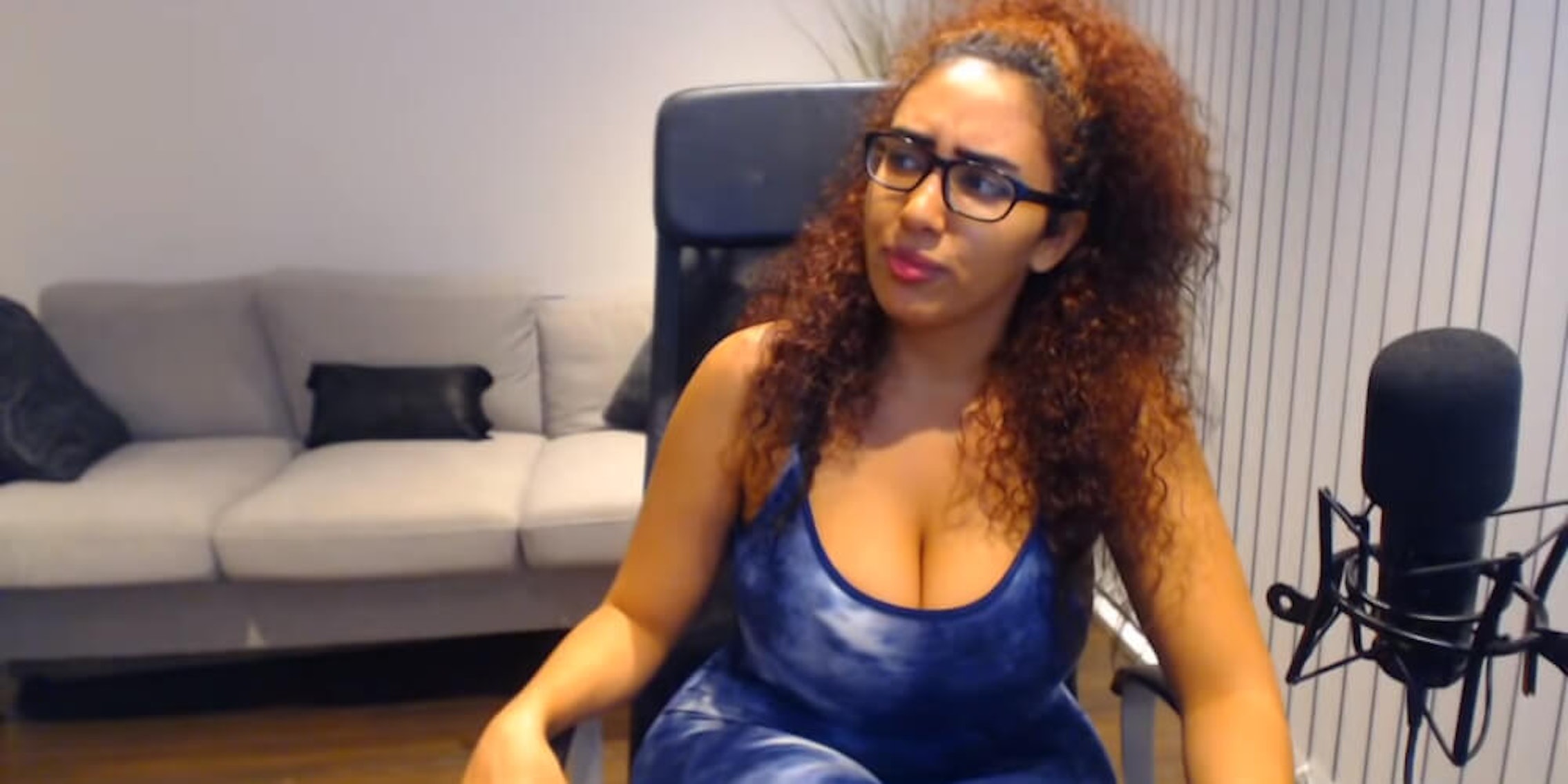 Twitch streamer ExoHydraX has been banned from the platform for “sexually suggestive content,” but she says it was trolls’ mass reporting that got her channel taken down.

Virtually every woman on Twitch deals with sexual harassment and trolls, and ExoHydraX is no exception. Last week during a stream, she was reportedly bombarded by trolls who called her racial slurs aimed at denigrating her North African heritage. She told Kotaku that she became upset, which emboldened the trolls. A few days later, she received an email from Twitch, letting her know her channel had been banned indefinitely for “sexually suggestive content.” She thinks the trolls that were harassing her that day are to blame.

“I think it became clear that people were mass reporting me and trolling me in the last stream,” ExoHydraX told Kotaku, adding that Twitch’s vague rules didn’t help.

“They say that they want streamers to wear outfits to be mall friendly, in which case I am comfortable wearing cleavage and a romper at the mall,” she said, referencing the “suggestive” attire she wore on the stream. “I also think it does depend on who’s wearing [the clothes.] Two girls with two completely different bodies but with the same shirt would get treated completely different.”

Although she’s frustrated with the rules and bans, ExoHydraX said in a YouTube video explaining the situation that she’d willingly cover up her cleavage to get back on the platform. Demonstrating her commitment, she showed clothes she’d recently bought and explained how she would make them Twitch appropriate.

ExoHydraX started playing Call of Duty on YouTube five years ago and had recently started to try out other platforms as well, including Twitch. On Twitch, she took a different approach, streaming in the “Just Chatting” subsection so she could casually talk with her followers and fans.