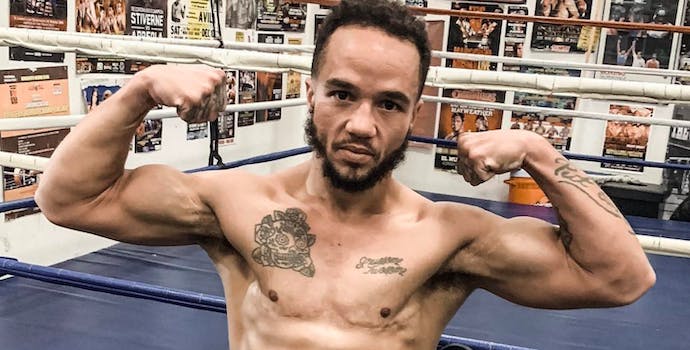 Patricio Manuel made history on Saturday.

History was made on Saturday at the Fantasy Springs Casino in Indio, California, where 33-year-old Patricio Manuel made his debut and became the first transgender male to not only fight but win, a U.S. professional boxing match. It hasn’t been an easy road for Manuel, an Olympic hopeful who fought his last match as a woman in 2012.

After suffering a shoulder injury which caused him to withdraw from the U.S. Olympic Trials at the time, Manuel decided it was finally the right time to begin his transition.

“I wouldn’t trade any of it. It was worth everything I went through to get to this point,” Manuel told the Los Angeles Times.“I’m a professional boxer now.”

Manuel received initial pushback from the boxing community after beginning his journey; he was kicked out of his gym and dropped by his long-time coach. When the Olympic Committee ruled that female-to-male athletes could compete ahead of the Rio Olympics in 2016, however, the California State boxing commission eventually agreed to approve his amateur boxing license.

Luckily, he had the support of his family to help him through adversity. In a recent profile, his mother told the Los Angeles Times that she was relieved when he broke the news to her. “Pat has always been a male,” she said. “It’s just Pat was not assigned properly at birth.”

Other family members lend their support, too; Manuel’s grandmother fronted him the $6,000 for his top surgery in 2015.

Now, after two amateur fights as a male in 2016 (one victory and one defeat), Manuel has finally proven himself to the professional boxing community.

“I think if people knew what it took to get to this moment, it’s been almost two years since I’ve been in a ring,” Manuel said after his victory. “I just have to say my opponent, hats off to him. He came to fight. He was fighting me the whole time. He fought me as a man, and I have so much respect for him.”

"It's a funny thing when just living your truth becomes historic."

The cheering from the audience was mixed with some booing, but Manuel seemed unbothered by it. “I hear some fans aren’t happy,” he remarked. “It’s OK, I’ll be back. I’ll make them happy then.”