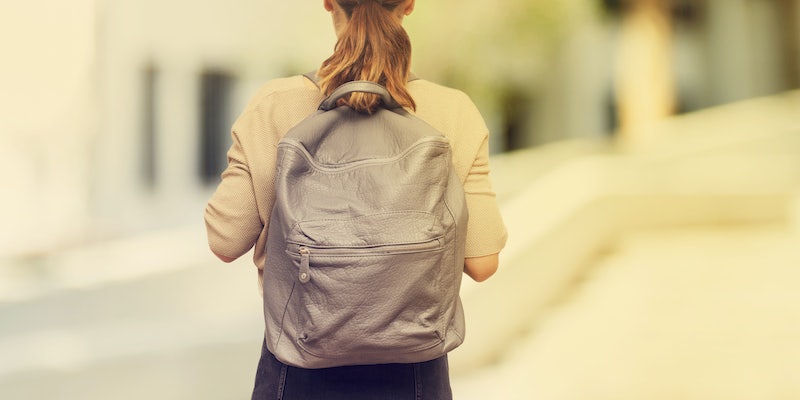 Trans students’ preferred pronouns must be honored in NYC schools

Kids won't need consent from their parents to socially transition, either.

In a March 1 memo published by the New York City Department of Education, the city now requires school staff to refer to transgender students by their preferred name, pronouns, and gender identity.

Entitled “Transgender and Gender Nonconforming Student Guidelines,” the memo’s guidelines stress that trans students must be addressed by “the name and pronoun that corresponds to the student’s gender identity that is consistently asserted at school.” The Department of Education does not require students to provide parental consent, court consent, or medical proof of a gender change in order to be referred to by their preferred name and pronouns.

While a permanent pupil record for each student will be maintained with the student’s legal name and gender marker, non-permanent records “must use the name and gender that is preferred and consistently asserted by the student at school.” This includes yearbooks and graduation programs.

The memo also reasserts that transgender students must be given access to all gender-segregated facilities that align with their gender identity. This explicitly includes locker rooms, bathrooms, and changing rooms. And schools must work with trans students to provide single occupancy or changing schedules for trans students who desire explicit privacy while accessing facilities.

The document also provides definitions for such terms as “assigned sex at birth” and “gender nonconforming,” as well as regulations for protecting transgender students’ privacy. It additionally introduces protections for non-binary students, explicitly noting that some students “may prefer gender neutral pronouns such as they, ze, or other pronouns.”

The Department of Education’s LGBTQ liaison, Jared Fox, told the Daily News that the new city guidelines came from meetings with over 3,000 teachers, students, and parents.

“It’s about a safe, supportive and inclusive learning environment,” Fox told the Daily News. “It’s really hard to concentrate on English or math or social studies when you don’t feel like you belong.”

New York City’s trans student protections follow shortly after the Trump administration rolled back federal protections guidelines for transgender students. Originally issued by the Obama administration, the White House has since argued that transgender rights should be handled on a state-by-state basis.