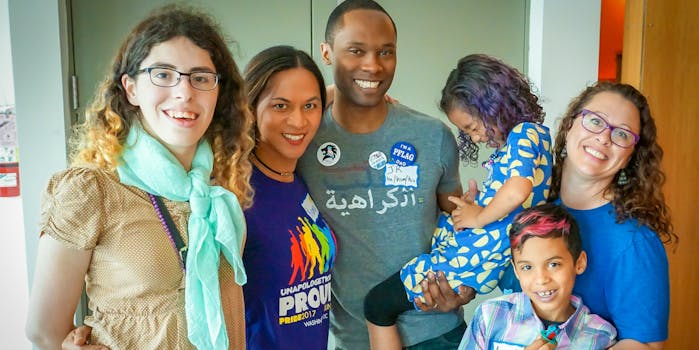 Over half of American parents would support a trans teen’s transition, study says

Mothers are more likely to support their trans kid, as are college graduates.

Transgender rights remain a hotly debated issue in American politics. But American families may be more trans-inclusive than the media lets on. A new study reveals that over half of American parents would support their teenage child if they transitioned.

The results come from an online survey conducted from June 20–22 where 2,192 adults 18 and older answered questions about raising a transgender child. Carried out by Harris Poll for the American Osteopathic Association, the study found that 53 percent of American adults would support their teenage children if they underwent gender confirmation.

Women and Americans in the Northeast were more likely to support their child’s transitioning, with 58 percent of both expressing approval. College graduates also reported a higher likelihood of supporting a transitioning child, with 56 percent of respondents expressing support.

“Parents have a significant role in raising transgender kids,” Dr. Laura Arrowsmith, a doctor at an Oklahoma trans clinic, said to PR News Wire. “Once they get on board—often after stages of denial, rejection, condemnation, and grief—they become powerful advocates at school and with extended family. This is crucial to the child’s well-being.”

Trans rates of homelessness, HIV infection, depression, anxiety, suicidal ideation, and self-harm are higher than the cisgender population, and family acceptance can help play a major role in whether transgender teens and adults feel accepted or rejected during their transition. An unaccepting family can lead to a significantly decreased quality of life for many transgender Americans, but an accepting one can create a foundation for emotional support at home.

“Watch your child for eating disorders, self-harm, substance abuse and suicidal tendencies,” Dr. Arrowsmith explained. “A mental health counselor who is familiar with transgender people and local support groups can make all the difference.”