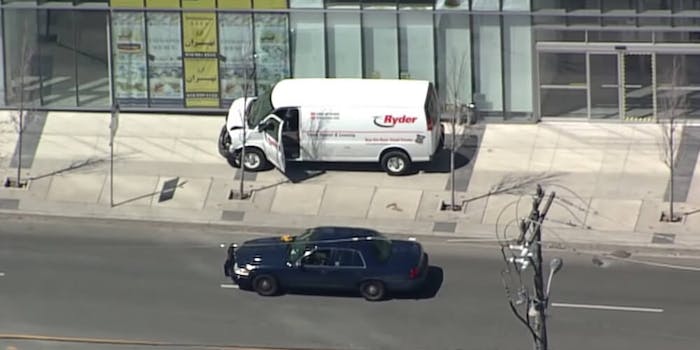 He called the 2014 Isla Vista, California shooter the 'founding forefather' of incels.

Alek Minassian told police he wanted to start an “uprising” after following men with incel ideologies.

The revelation came on Friday after a video and transcript of his hours-long interview with a detective, named Rob Thomas, was made public. Ontario Superior Court Justice Anne Molloy removed a ban that previously restricted publication of the material.

In selected clips shown by CBS, he said he wanted to drive down that particular street specifically because he knew it would be “busy.”

“As soon as I saw there were pedestrians, I just decided to go for it. The only reason I stopped my attack was because someone’s drink got splashed on my windowscreen,” he says in the video.

He is facing 10 counts of first-degree murder and 16 counts of attempted murder.

Hours before the incident, a post appeared on his Facebook account, referencing incel subculture.“The Incel Rebellion has already begun! We will overthrow all the Chads and Stacys!” it read.

Incel, short for “involuntary celibate,” refers to men who hate all women for not being romantically interested in them. “Chads” in incel culture refers to “attractive men” who they believe are taking all the women away from them.

He also told police that he joined the online incel conversation on 4chan the day a man carried out a mass shooting in Isla Vista, California, in 2014, killing six people after announcing a “beta uprising.”

The shooter, who also killed himself, had a history of posting misogynistic content online and called on others to resist and fight “this oppressive feminist system.”

Minassian said he considered the shooter to be the “founding forefather” of incels and was following in his footsteps.