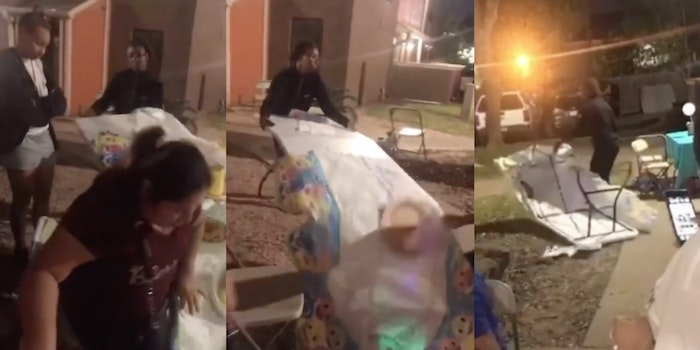 The women are seen flipping food from the tables and dragging tables and chairs across the lawn.

A video of two women destroying a toddler’s birthday party has sparked backlash, causing people to crowdfund nearly $10,000 for a second party. The viral video that surfaced via Instagram this week shows two women, dubbed “Karens” online, completely destroying the setup of a 3-year-old’s birthday party for allegedly being “too close” to their apartment.