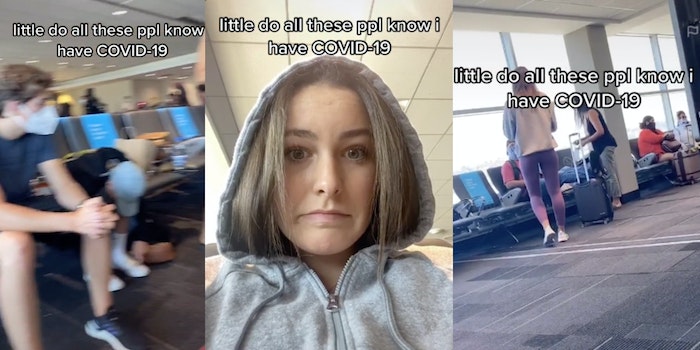 Maskless TikToker gloats about having COVID-19 in airport

'Little do all these ppl know i have COVID-19.'

A TikToker, who claims to have COVID-19, filmed herself without a face mask in an airport.