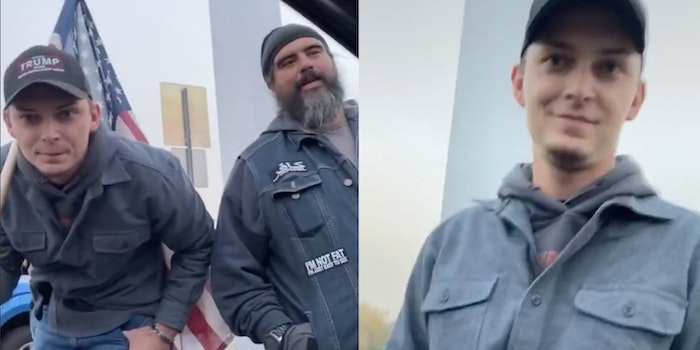 TikTok shows Trump supporter picking fight, backing down when man gets out of car

A viral TikTok video shows supporters of President Donald Trump backing down after they threatened to beat a President-elect Joe Biden supporter who was ready to fight them.