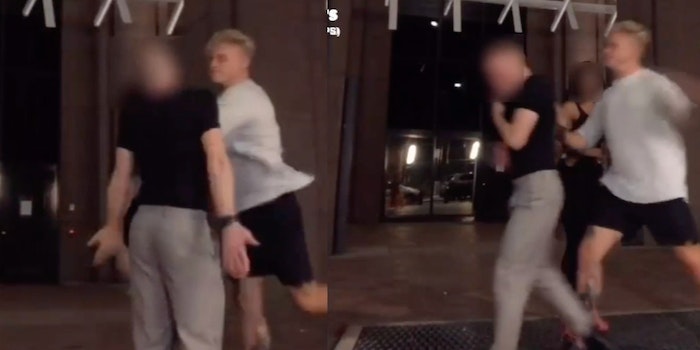 TikToker punched in the face, called homophobic slur while filming a video

The 24-year-old was dancing with a friend for a video when the attacker approached.

Police are searching for a New York City man who was caught in a video punching a young man and spewing homophobic slurs, according to multiple reports.