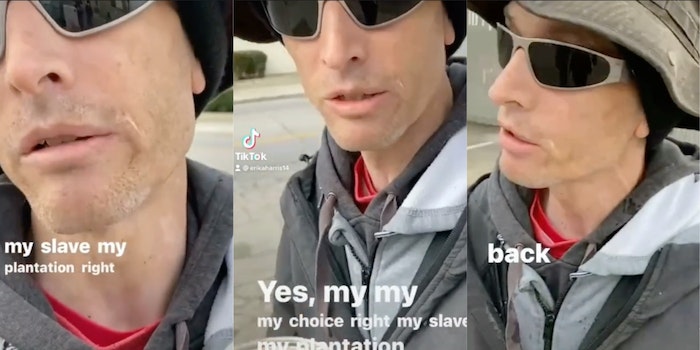 Betsy DeVos once made the same argument.

A TikTok video that was trending on Tuesday shows a racist protester comparing support for the right to an abortion to owning slaves.