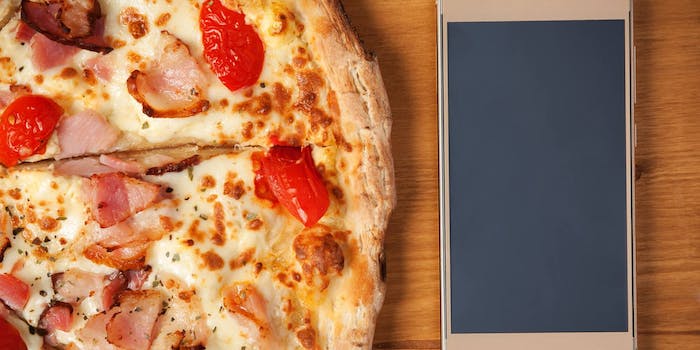 Domestic violence has been on the rise during the coronavirus quarantine.

As the coronavirus continues to ravage the world, many are stuck quarantining inside their homes for weeks to months on end. But for many, home is not a safe place.

According to multiple reports, domestic violence has been on the rise. This is why a TikToker has gone viral for offering a way for domestic abuse victims to get a hold of the police without their spouse knowing—by ordering a pizza.

Actress Omoni Oboli posted the video on April 17, covered in makeup to appear bloodied and bruised. Point-of-view videos simulating abuse is a controversial trend that critics believe is harmful, as it can trigger abuse victims. The video was reposted to Twitter, where it went viral.

In the video, Oboli acts out the scenario. “Hello this is 911, what’s your emergency?” the “operator” can be heard saying on the other line. Oboli, portraying an abuse victim, responds, “Yes, I’d like to order a pizza.” The operator reminds her that she is calling 911, to which she responds, “What are your specials?”

The operator is supposed to understand that she is in danger at this point, so they ask, “Are you OK, ma’am?” Then, Oboli says, “No it’s for delivery” and gives the operator the address. This may prompt the operator to send police to the given address.

The 911 pizza call has been successfully used in the past and was bolstered in a 2015 Super Bowl public service announcement on domestic violence.

Oboli later shared the TikTok with her 2.4 million Instagram followers, writing, “My heart goes out to the people quarantined with their abusers. Seek help.”