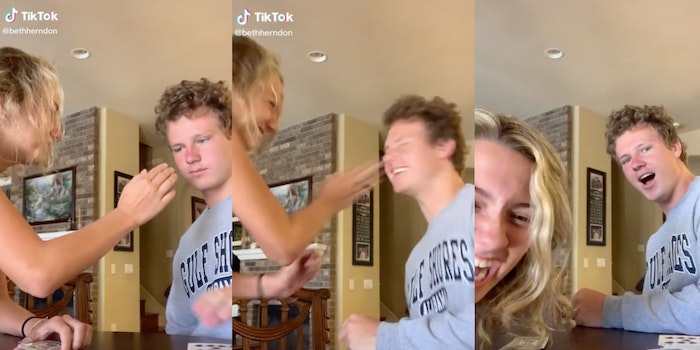 Girl flamed for seemingly slapping her boyfriend for a TikTok video

A TikToker thought it was funny to slap—or pretend to slap—her boyfriend for a prank video. People online aren’t having it and are calling her out for domestic abuse.