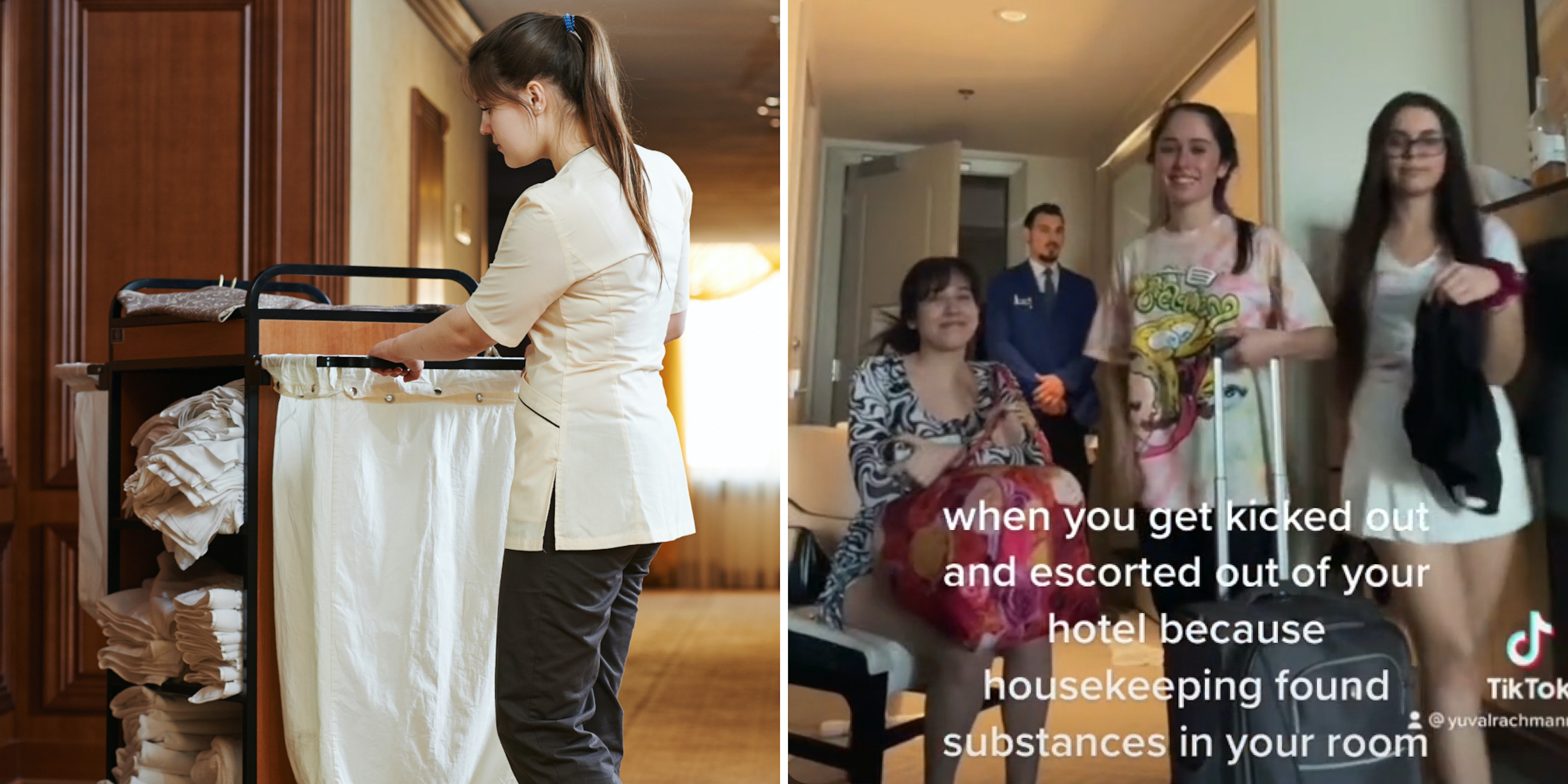 ‘I wish this was staged’: TikToker allegedly got kicked out of a Las Vegas hotel because the housekeeper found drugs

A TikToker said that she was escorted out of her hotel after their housekeeper allegedly found drugs in their room. She and her friends captured the event in a satirical TikTok.

The creator, @yuvalrachmann, and her friends can be seen packing up their bags as a security guard waits by the door. The text on the video says, “When you get kicked out and escorted out of your hotel because housekeeping found substances in your room.”

Some commenters didn’t believe that this would happen. “Totally staged this does not happen at all,” one person said. The creator replied to the comment by saying, “BAHAHAHAHA GIRL I WISH IT WAS STAGED.”

In the comments section of this video, people were surprised that something like this could happen in Las Vegas. People asked which hotel she stayed in, and she replied that it was the New York New York hotel. It’s still unclear exactly what the “substance” the housekeeper allegedly found was.

The Daily Dot reached out to the creator via TikTok comment and MGM Grand Resorts, the company that owns the hotel, via its media contact.