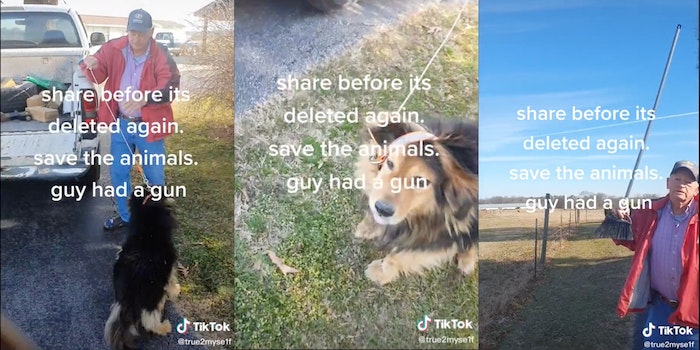 'You almost killed him, sir. That's so cruel.'

In a viral video, a TikTok user accuses another driver of leaving his dog tied to the sideview mirror of his truck as he drove down a highway. The person recording says, “You almost killed him, sir. That’s cruel.”