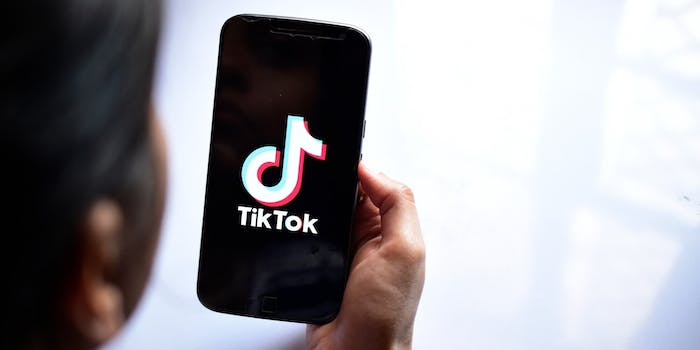 TikTok is now removing the videos.

A TikTok challenge that reportedly prompts users to dance like they have cerebral palsy is receiving backlash online.

The “Break Your Wrist” challenge allegedly requires participants to put their hands in the air, bend their wrists, put their hands across their chest, and bite their lips, Indian news site Republic World reported. Cerebral palsy is a movement disorder that can include symptoms such as stiff muscles and tremors.

TikTok star Charli D’Amelio seemingly condemned the trend in question in a tweet on Saturday. “Hello everyone, there is a sound going around on tiktok making fun of disabilities. that is completely unacceptable, wrong, and the fact that people think that the ”trend” is not disrespectful and disgusting is not okay!” D’Amelio tweeted.

Others denounced the alleged trend as well. “I suffer from cerebral palsy and to see people making fun of the disability I suffer (from) digusts me so much. Dont be discriminating people because of their disability and think about them!” one Twitter user wrote.

Others called on TikTok directly to take action. “Hey @tiktok_uk why is it not against guidelines to allow a video / dance that mocks people with cerebral palsy? The dance from adoreee_dee that has been reported to you hundreds of times is so offensive but you’re okay with that?” Twitter user @allabout_abbie questioned.

TikTok user @adoreee_dee reportedly took part in the challenge, but the Daily Dot did not find the video on the account on Thursday afternoon. It is unclear how many videos of the challenge were on the platform, but a TikTok spokesperson told the Daily Dot in a statement that it removed the content in question.

“This behavior does not reflect our values and is against the code of conduct outlined in our Community Guidelines. The content in question has been removed and we will take action against any similar content that violates our policies,” the spokesperson stated.

TikTok’s community guidelines state it does “not allow content that verbally or physically threatens violence or depicts harm to an individual or a group based on” serious diseases or disabilities.