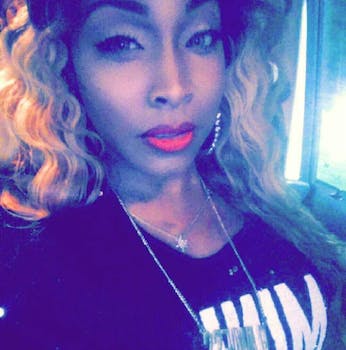 Chyna Doll Dupree, a transgender woman and drag performer living in California, was shot in New Orleans on Saturday while in town for Mardi Gras and to visit family. In the local paper that broke Dupree’s murder, the Times-Picayune, Dupree was referred to by her “dead name,” a sign of disrespect in the LGBTQ community.

For transgender people, a dead name is the name they were assigned at birth. Some transgender women change their names from a masculine-sounding name to one that feels more affirming in relation to their gender identity. However, once a transgender person transitions and retires their previous name, publicly referencing that retired name, or dead name, is considered demeaning and a way of rejecting a trans person’s gender identity.

Many publications abide by this rule in their style guides. According to the National Center for Transgender Equality, the New York Times Style Book says reporters should “use the name and pronouns (he, his, she, her, hers) preferred by the transgender person” when covering a story. The guide argues that a dead name should not be referenced “unless a former name is newsworthy or pertinent.” The Associated Press Style Book also says that reporters should abide by the gender identity that one presents by, not their sex assigned at birth.

In response to Times-Picayune’s use of Dupree’s former name, several activists have spoken out against its usage. One Twitter user tweeted at Times-Picayune directly, arguing that referencing Dupree’s name “is both disrespectful to her & violent to the trans community.”

Dupree is not the first trans victim who has been mistreated by the media. A 2013 report from the Advocate reveals that transgender woman Eyricka Morgan, a former Rutgers student murdered in New Brunswick, New Jersey, was misgendered and dead-named by New Jersey newspaper the Star-Ledger during coverage of her death. And when the Oakland “Ghost Ship” fire killed 36 people late last year, transgender women were dead-named and misgendered in multiple publications, the Guardian reports. Friends left in mourning were forced to call up publications and demand corrections in order to protect their late loved ones’ memories.

“We fight hard enough every single day to be seen as our authentic selves and to be treated with respect,” Wolfcave, a trans woman and close friend of Ghost Ship victim Feral Pines, told the Guardian. “In death, you can’t defend yourself anymore, so it falls on your friends to do it for you.”

Update Feb. 28, 9:42am CT: The Times-Picayune has updated its story to remove her dead name and “to clarify that the victim was known as Chyna Doll Dupree, both onstage and off.”