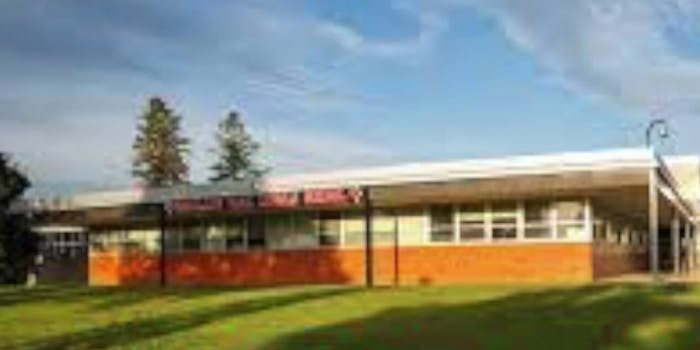 A student claims this isn't the first time she used derogatory words.

A teacher in St. Paul, Minnesota, has been placed on administrative leave after a video showed her referring to Black students using the N-word.

“I just walk around the room and I just pick on them,” the Highland Park Middle School social studies teacher, Wendy Brilowski, is heard saying in a version of the video shared by Black Lives Matter St. Paul. “‘Cause they’re Black and they’re the only fucking n***** doing any work.”

Audible gasps follow from what appears to be students and another faculty member who are in the hallway with Brilowski. “That’s what you’ve been saying,” the faculty member says in response. Brilowski then casually tries to back-peddle with “I’m sorry.” The 20-second clip doesn’t make clear the context leading up to her racist statement, nor what happens after.

7th Grade teacher at Highland Park Middle School. In case you didn't know this happens everyday. This needs to be address at a higher level. Not just a superintendent 'blanket statement.' To the youth – keep your heads up – stay in school – take your education – don't let them fool you – We got your back.

The video emerged on Wednesday, according to NBC-affiliate KARE11, and went viral before Facebook reportedly removed it. Facebook has been increasingly working to remove hate-filled content, though many Black people claim that their posts—often evidence of racist incidents and hate speech they’ve experienced—are removed or their accounts suspended upon sharing.

“She was saying that she targets Black people and that she’s calling out….n-words,” a student at the school told KARE11. Her mother, Brandy Coleman, told the station, “To know that I send her out every day to be safe somewhere that she’s not, to know that she’s being badgered and being targeted and no one was there to advocate for her, it breaks my heart.”

Joe Gothard, superintendent at Saint Paul Public Schools, released a statement on Thursday apologizing and guaranteeing a “thorough review” of the situation. He said Brilowski’s racist and foul language “has no place in Saint Paul public schools.”

“The words and actions recorded in this video have caused harm to our Black students, their families, and our entire school community,” he said. “We will not be silent in the face of racist language in our schools—and we cannot perpetuate it. We will not make excuses for actions that hurt the students that we as educators have dedicated our lives to serve.”

He also added that the school will have a lot of work to do to repair the harm done to the students. Coleman’s daughter claimed Brilowski has previously used derogatory terms towards Black students and referred to them as “negroes.”

According to 2015-2016 data, Highland Park Middle School has a large number of ethnic minority students—more than 60%—with 19% Black students, much higher than the state average.