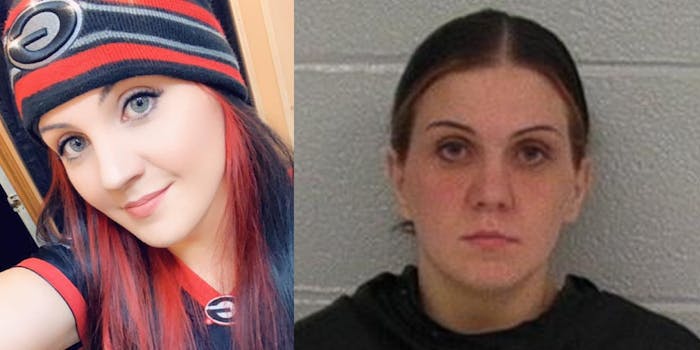 Ressler reportedly used Snapchat to record the 13-second long video, according to citizen journalism group the Exposure. The Daily Dot was not able to independently verify this.

It’s not clear who the video was shared with but that’s how authorities at the school came to learn about it, Ashley Hulsey of the Carroll County Sheriff’s Office told FOX5Atlanta.

According to the report, a member of the Carrollton community saw it and reported it to authorities on Friday.

Ressler was arrested on Friday and is facing 19 counts of child molestation charges, according to a Facebook post by the Carroll County Sheriff’s Office.

On her Facebook profile, Ressler frequently posts self-affirming messages and photos, such as “I am unapologetically me.”

In one post from April, she wrote: “My feelings, wants, and needs are valid. I WILL NOT allow insecurities to control me.”

Her Facebook bio reads: “I am beautifully broken, perfectly imperfect, just all together a dazzling disaster. But this is me.”

Ressler is a mother, according to Heavy, and her children are in the custody of her ex-husband. She graduated from the Mt. Zion High School in 2008.