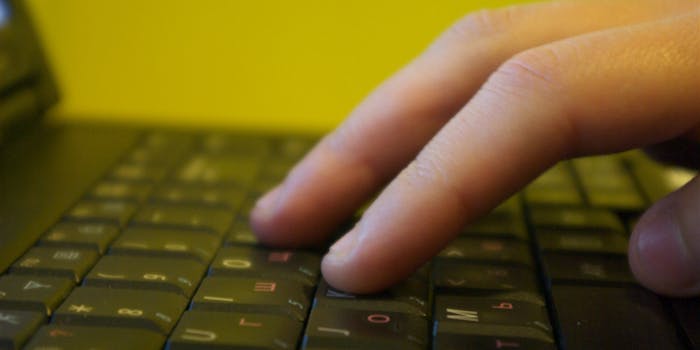 Infamous ‘swatter’ accesses Twitter from jail, calls himself an ‘eGod’

Months after 25-year-old Tyler Barriss was arrested and charged with carrying out a fatal “swatting,” he temporarily regained Twitter access from his jail cell and called himself “an eGod.”

Barriss, who is currently being held in a Kansas jail for a “prank” 911 call that got 28-year-old Andrew Finch killed, got on Twitter after a glitch in an inmate kiosk system gave users the ability to go online, according to the Wichita Eagle. Barriss used the opportunity to threaten another “swatting.”

“All right, now who was talking shit?” Barriss wrote Friday. “Your ass is about to get swatted.”

Barriss went on to brag about “how much swag” he received in jail before being cut off after the kiosk’s bug was fixed.

“As soon as the path was identified it was closed and the affected kiosk was upgraded with the proper digital security features,” the Sedgwick County Sheriff’s Office explained, the Eagle reports.

Suffice to say, the internet wasn’t happy that Barriss was back on Twitter, with many condemning him for gloating about the “swatting.” Some figured his bragging would even get him in further trouble with the law.

This will play well at sentencing when you're pretending to be remorseful and asking the judge for mercy. You sound like a really bright guy…

Naw we'll just take your word for it. We don't want to come to jail and see for ourselves. You have fun in their, Tyler.

Probably a script or gave someone the reigns for a while. lol What a skid! On skid row no less. lol Still good effort. Very amusing that your ghost tweets made the news.

Barriss was charged earlier this year with involuntary manslaughter after making a “prank” call against a fellow Call of Duty: WWII player; he gave 911 the player’s address and said someone was planning to shoot hostages and commit arson. However, the player hadn’t give Barris the correct address, but Finch’s, resulting in his death. Barriss admitted to making the call but refuses to take responsibility for the death. Before the “swatting” incident, Barriss reportedly made nearly two dozen other false emergency calls.