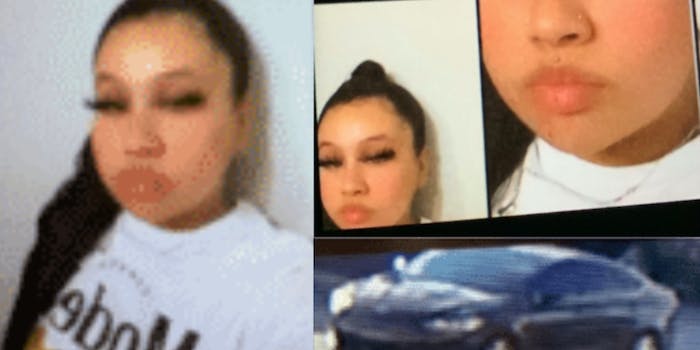 She allegedly shot the owner after getting mad over the cost of her manicure and pedicure.

A woman in Texas allegedly shot an Asian nail salon owner over a pricing dispute before allegedly fleeing the scene on May 29. However, she left behind a cellphone full of selfies that authorities are hoping to use to locate her whereabouts.

According to Crime Online, investigators with the Harris County Sheriff’s Office (HCSO) said that two women, including the suspect, got manicures and pedicures and were both upset over the cost of the services, prompting an argument with the 42-year-old nail salon owner. One of the women reportedly paid and left the store before returning a few minutes later. She allegedly shot the owner in the chest and drove away in an orange Ford Fusion.

The 42-year-old man is being treated at Memorial Hermann Texas Medical Center, where he is reportedly in stable but critical condition.

The Harris County Sheriff’s Office has since released a selfie of the alleged suspect, urging the public to contact crime stoppers with information.

Update 4:41pm CT, June 3: When reached for comment, a spokesperson with the Harris County Sheriff’s Office told the Daily Dot that investigators are still working on the case and that, as of Thursday, no arrests have been made.