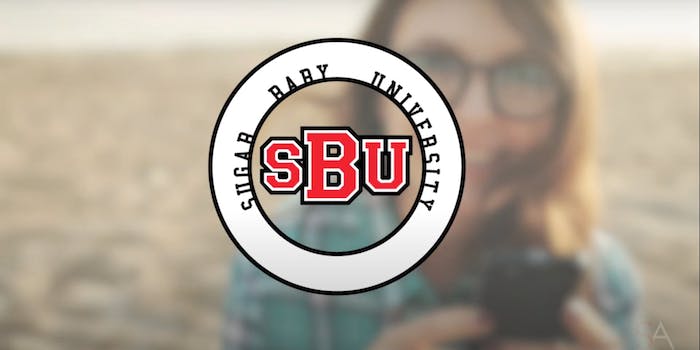 40% of sugar babies on SeekingArrangement use money for tuition, report says

The site's membership has soared as young adults struggle amid the pandemic.

At least 40% of sugar babies on the dating website SeekingArrangement are using at least part of their income on education, according to a survey conducted by the dating platform.

And they’re taking a hit under the current pandemic. With more than half of sugar baby members paying more than the national average for annual tuition fees, according to SeekingArrangement, their problem has now worsened as they struggle with student loans.

The dating site, which has been around since 2006, is designed to match attractive young adults with sugar daddies or mommas who spoil their sugar babies with financial support or fancy dinners in exchange for companionship.

In a video shared on YouTube on Sunday, SeekingArrangement also advertised itself as a platform that can help struggling students with tuition and books.

Kimberly De La Cruz, a spokesperson for SeekingArrangement, told the Daily Dot that even though being a student is not a requirement to join the site, the community does whatever possible “to empower our members in college to upgrade their school experience by dating someone who is generous and wants to help them succeed, both with finances and mentorship.”

“The majority of our members in college report that they do receive financial benefits from their partners meant specifically for education expenses,” De La Cruz said.

Moreover, the pandemic and lockdowns have affected universities as well as the job market, which means many students are struggling to pay off their loans around the country. The platform said it experienced “record-breaking revenues and signups” as the pandemic spread.

“During the first 90 days of quarantine in the US, which began March 17, we saw a 74% increase in member joins over the same period of time in 2019,”  De La Cruz said. “What that tells us is that, now, more than ever, people are interested in Sugar Dating.”

The website helps members “enjoy in-depth conversations” she said. “These connections help lessen the negative impacts of being self-isolated as a single person.”