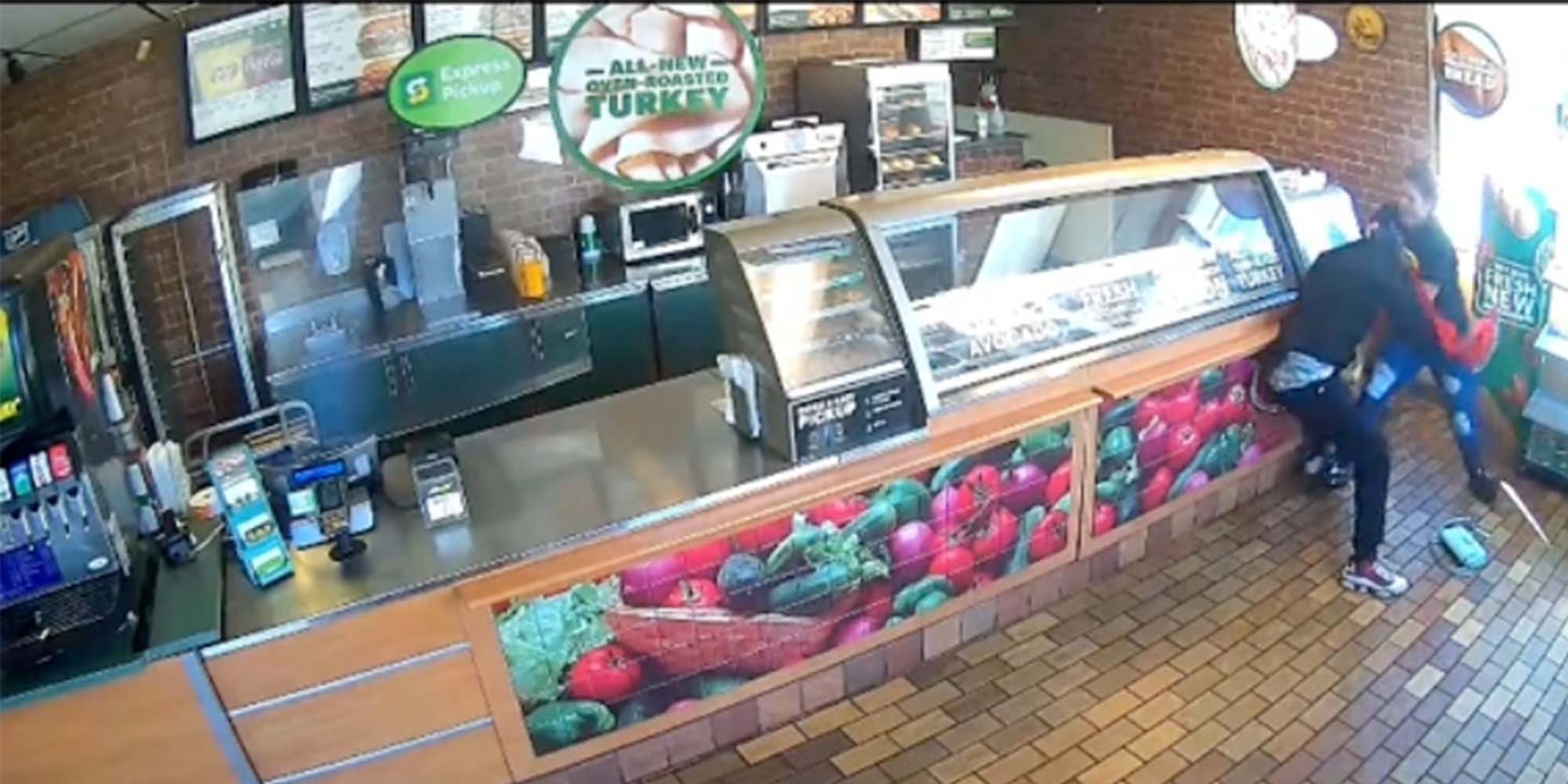 ‘They do not want corporate to know’: Subway worker suspended after footage of her fighting off armed robber goes viral (updated)

'I hope you get compensated for your pain and suffering.'

On Sept. 5, Araceli Sotelo was working at a Subway when a man came into the restaurant and robbed her. Sotelo was alone in the restaurant, and the incident was captured on surveillance video.

Although the man took her purse, Sotelo defended herself and fought him off.

After the video began circulating online, Subway suspended Sotelo. She told WTVO, a local Illinois news outlet, that she did not leak the video. She has, however, posted it on TikTok.

The video begins with Sotelo yelling “stop” and “move” at the man, who has pushed her into an area behind the restaurant’s main dining space. As the two continue to fight, Sotelo tells him she’s going to call the police.

She then gets him in a chokehold, hits him, and pulls him over toward the door of the restaurant. Sotelo kicks his gun out of his hand, picks it up, holds it away from him, and demands for her purse back. She then hits him in the head with his own gun.

Sotelo told WTVO that the man entered the restaurant and demanded she give him all her money. He showed her his gun and said “give me everything before I hurt you.”

Subway has informed Sotelo that she has been suspended from her job until all traces of the video are removed from the internet.

“I have no ability to do that,” Sotelo told WTVO. “They wanted to be private that it happened to me and that I fought back, but I think they did that because they do not want corporate to know.”

WTVO also reported that the owner of the Subway isn’t responding to Sotelo’s calls.

“Nothing from the store was stolen,” wrote Oviedo on the GoFundMe page. “Her manager has now suspended her from work leaving her without a job after she heroically defended the store.”

“Girl you beat a man with his own gun,” wrote @sekaiyaa. “You got it.”

“I got chills watching her fight for her life. I hope you get compensated for your pain and suffering,” commented @abbiekinzzz.

Others noted that Sotelo shouldn’t have been working the restaurant alone.

“She should not have been by herself!” wrote @jessicasno. “This could have ended badly!”

The Daily Dot reached out to Sotela via TikTok comment.

Update 7:21 am CT Sept. 12: In a statement to the Daily Dot, Carsen Anderson, Senior Manager of Corporate Communications at Subway, said, “We are deeply concerned about the recent incident at a franchised location in Rockford, Illinois. The restaurant owner and management are fully cooperating with the police investigation, and we request patience until that process is complete.”