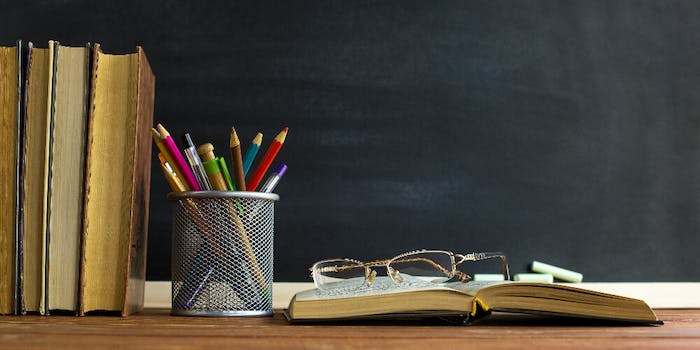 'I swear if this guy gets fired imma be pissed.'

A high school student said they were expelled after they posted a TikTok featuring a teacher with a caption that criticizes female students for having sexual partners. The teacher seemed to be unaware of what the video would be about.

In the video, the teacher can be seen holding students’ papers and dancing while wearing sunglasses.

“Girls with 5+ bodies be like: I hope I did good on my quiz … Like bruh, you worried about the wrong test,” the video’s two captions read.

The captions insinuate that sexually active girls in the school should be more worried about STD test results than their quiz scores.

The video went viral on both TikTok, where other users are dueting it, and on Twitter.

Though outrage was first directed at the teacher, Twitter users quickly uncovered that the student involved was responsible for the caption, and the teacher had no idea what the video would be about when he agreed to be featured in.

Many are now worried that the teacher will be fired for the student’s actions.

“LMAO I swear if this guy gets fired imma be pissed,” Twitter user @hrez_ wrote.

Twitter user @pakejatton shared a screenshot of a comment from the alleged student who posted the video.

The student wrote that while they got expelled, the “teacher’s fine,” seemingly suggesting the teacher did not get in any trouble for the video.

LMAO I swear if this guy gets fired imma be pissed

The student’s TikTok video has since been removed.