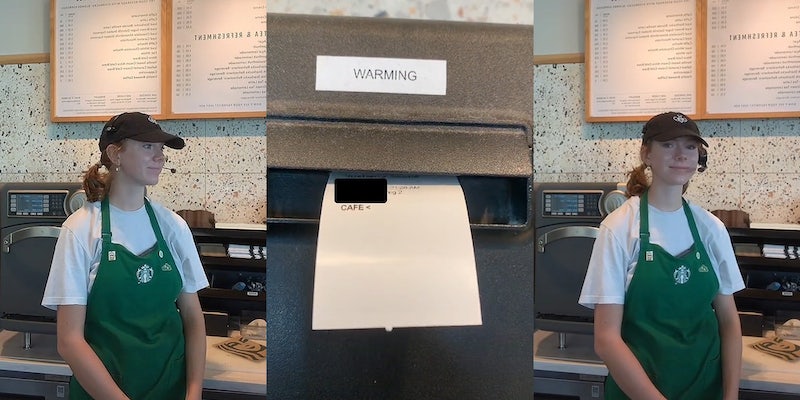 ‘I be hearing that sound in my sleep’: Starbucks worker shows what it’s like when a mobile order comes in

A recent TikTok video shows the aggravation one Starbucks worker goes through while enjoying a lull during her shift.

The video shows Keira (@shakeira27), the Starbucks worker, smiling with her hands folded as she looks around the quiet coffee shop. Then, the video pans to show that a mobile order came in, and her face drops. Now she has to make the order.

Despite the evident annoyance at the mobile order disturbing her peace, Keira clarifies in the video’s caption that she’s “jk jk.” As of Tuesday, her video went viral with about 16,000 views.

Keira isn’t the only Starbucks worker who doesn’t enjoy such inconveniences. Other TikTokers, who said they worked at Starbucks, commented that they were “traumatized” by the sound of mobile order tickets coming in.

“The drive thru ding has traumatized me,” one viewer commented.

“I be hearing that sound in my sleep,” a second viewer commented.

“That and the drive through ding were in my nightmares. I’ll never forget it,” a third said.

A fourth wrote, “I hear ghost tickets all the time it’s traumatizing.”