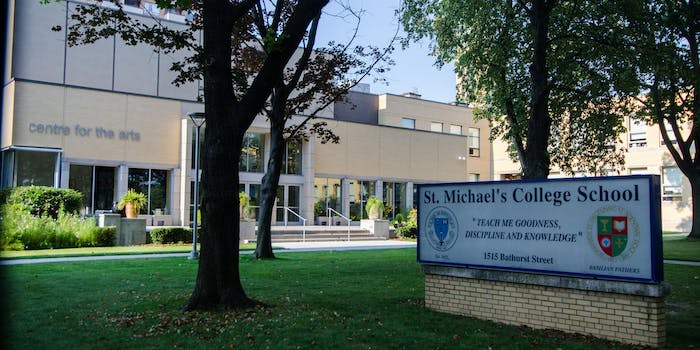 Six students at an all-boys Catholic school in Toronto were charged with gang rape.

After a video of a teen allegedly being sexually assaulted by a broomstick went viral on social media, six students from a Toronto all-boys Catholic private school were charged with gang assault, sexual assault with a weapon, and assault, Vice reports.

Dominic Sinopoli, who is the unit commander of sex crimes for the Toronto police, said he believes there are more incidents of sexual assault at the school that have yet to be uncovered.

“I do believe there are more videos and/or more incidents,” Sinopoli told Vice. “All of these instances appear to be hazing initiated, but once they cross into a criminal area, that’s when we become involved.”

The school’s principal, Gregory Reeves, couldn’t address the media at police headquarters Monday because the school received a bomb threat. So far, eight students have been expelled, four related to the locker room and the other four to the washroom sink incident.

Sinopoli said he found out about the broomstick incident on Wednesday, leading to questions as to why the school didn’t report to the police when it occurred Monday.