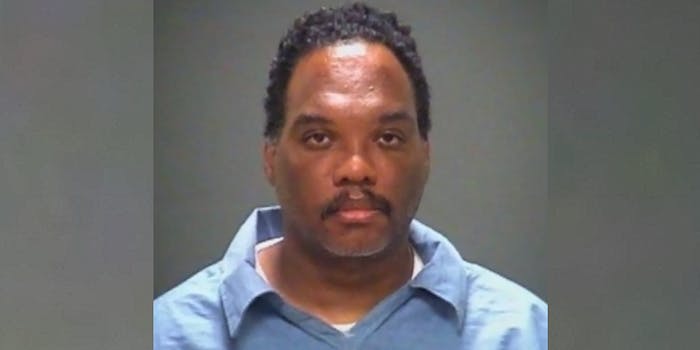 After his short sentence, he was hired back by the mayor of Cleveland.

A beloved 44-year-old teacher was found murdered in her Ohio home over the weekend. Her ex-husband, a former judge who served a short sentence for assaulting her before being re-hired by the mayor of Cleveland, has now been arrested in connection with her death.

In 2014, Lance Mason—at the time, a judge for Cuyahoga County—punched his then-wife, Aisha Fraser Mason, 20 times and repeatedly slammed her head against his car, breaking her orbital bone. According to Cleveland.com, Fraser Mason needed reconstructive surgery after the attack, and their two children, then ages 6 and 4, witnessed it from the back seat of the car. She filed for divorce within days of the attack, and as of her death, that divorce was still pending. After the assault, police officers searched Mason’s home and found multiple semi-automatic rifles and smoke grenades, a sword, a bulletproof vest, and more than 2,500 rounds of ammunition.

Mason pled guilty to felonious assault and domestic violence and was sentenced to two years in prison. However, he was granted a judicial release after only serving nine months. He was barred from practicing law as a result of his crimes, but that didn’t stop the mayor of Cleveland, Frank Jackson, from hiring Mason on as a minority business development director at $45,000 a year.

On Saturday morning, Fraser Mason was stabbed to death in her home in Shaker Heights. Local media like Cleveland.com have reported that local police are not sharing much information about the incident, but confirmed that Mason had been arrested. There were reports that a person, fleeing a domestic violence incident in the area of Fraser Mason’s home, got in a collision with a police car, but police have not commented on if that person was Mason.

Many online have pointed out that domestic abusers and men who’ve been proven guilty of violence against women are often lightly punished and given a second chance at rehabilitating their professional status.

In 2014 an Ohio judge punched his then-wife 20 times and slammed her head against the dashboard of his car five times, breaking her orbital bone in front of their children. He served only 9 months and was subsequently hired by the Mayor of Cleveland. Yesterday he killed her.

Mayor Jackson, @CityofCleveland and @CleCityCouncil have spent more time discussing dirt bike tracks than they have spent on helping victims like Aisha Fraser Mason. We must never let hem forget that they hired someone so horrible. https://t.co/boeju5OHwT

It took me way too long to find out the name of the woman murdered, learn about her life. All the news, FB posts and tweets are focused on murderer. Aisha Fraser. https://t.co/bxipkxiUqT

This is Aisha Fraser, a teacher at Woodbury Elementary. She was allegedly stabbed to death by her ex-husband and former Cuyahoga County Judge Lance Mason. In a statement released from her school, it read, “She touched so many of our children’s lives and will be deeply missed.” pic.twitter.com/ERco2QkZTc

The Shaker Heights Teachers Association has started a GoFundMe to raise money for Fraser Mason’s two young daughters; it has made over $76,000 in two days.