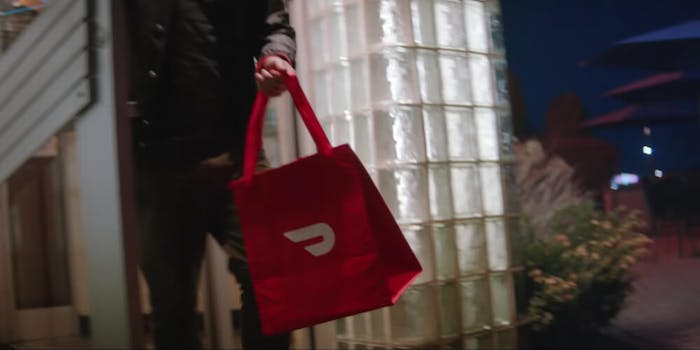 Somali DoorDash driver assaulted, told to ‘go back where you came from’ by customer

The customer was 'dissatisfied' with the delivery.

A Somali American DoorDash driver who was attacked during a delivery in October is reportedly working with a civil rights organization to pursue hate crime charges against his attacker.

Haarun Galbayte, 49, was making a food delivery to a home in Shorewood, Minnesota, on Oct. 27, when he was attacked by a customer, according to Sahan Journal. After making the delivery, a man ran out to Galbayte who was sitting in his car outside the home. The man punched Galbayte three times through the window and shouted anti-immigrant remarks at him.

“I said, ‘I came from Eden Prairie. I live there,’” Galbayte, 49, recalled during a press conference. “He said, ‘Eden Prairie is not your home. Go back to where you came from.’”

The man, who has since been identified as 54-year-old Michael Anderson, was reportedly “dissatisfied as to where the delivery driver had left the food order,” according to the South Lake Minnetonka Police Department’s press release.

Galbayte called the police while being assisted by a neighbor who witnessed the incident. The neighbor later gave officers a statement that backed Galbayte’s recollection of events.

Galbayte and the Council on American-Islamic Relations-Minnesota are not happy the police department is seemingly ignoring the anti-immigrant and Islamophobic nature of the attack.

“This was not a simple mistaken placing of food,” Jaylani Hussein, executive editor of CAIR-Minnesota, said at the press conference. “That’s not an accurate portrayal of exactly what took place here.”

CAIR-Minnesota and Galbayte are now working together to pursue hate crime charges against Anderson.

“We do not tolerate any form of malicious, discriminatory or hateful behavior on our platform,” a DoorDash spokesperson said. “We take the safety of our entire community extremely seriously and are cooperating with local law enforcement in this investigation. We have reached out to the Dasher to offer our support during his recovery.”