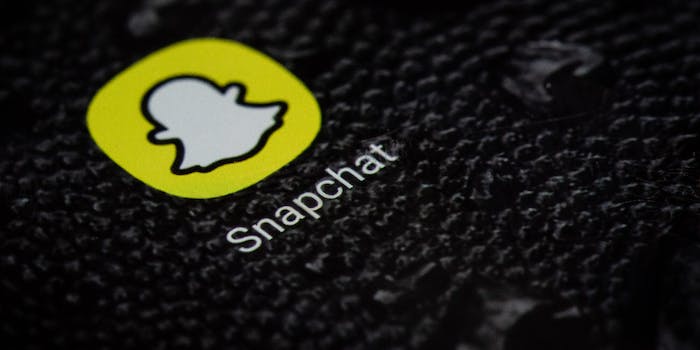 'He just said it was his time to shine.'

According to police, two people—Miranda Schachinger and Isaac Andre Renfrow—were found dead on Friday inside an apartment unit after a domestic violence dispute.

Video captured by the duo’s neighbors shows a heated exchange between the two, and Renfrow with a gun. A domestic violence call to 911 sent officers to their apartment just after 10:30pm, Fox 13 reports. Renfrow refused to come out of the apartment.

Apparently, that’s because he was filming inside of the apartment. A woman identified by Fox 13 only as “Melissa” said she saw several videos Renfrow posted to Snapchat.

“He was saying, ‘I’m sorry. I’m sorry. I apologize to my family and my kids.’ And then he just said it was his time to shine,” Melissa told the news station.

“He showed a pile of blood on the floor and then a table knocked over and made his way to where the body was and showed the lady just laying there in a big pile of blood,” she added.

After Melissa and others who saw the videos on Snapchat alerted police and shared copies of the video, police used that to try to negotiate with Renfrow and evacuate the apartment building.

Renfrow ceased communication with the police several hours after the standoff. That’s when shots were fired and a robot sent inside the apartment before SWAT found both bodies.

“Our whole point of the negation was to get these persons out alive. It’s unfortunate that that didn’t happen,” Unified Police Detective Ken Hansen said.