Skylar Lee's death reminds us that too many LGBT teens are suffering.

A 16-year-old trans youth from Madison, Wisconsin, passed away on Monday after taking his own life. According to an obituary posted to the website of Cress Funeral Service, Skylar Marcus Lee was a junior at Madison West High School who belonged to the school Gay-Straight Alliance and loved ballroom dancing.

Lee struggled with depression and mental health issues and scheduled a Tumblr post for 6am the morning of his passing. In the post, Lee detailed his desire to commit suicide but stressed a desire to avoid becoming a symbol: “Don’t turn my name into a hashtag.” While not mentioned in the post, that line is a clear reference to Leelah Alcorn, the 17-year-old trans teen whose death last December prompted a national conversation about conversion therapy. 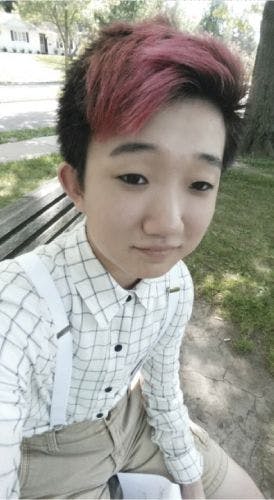 A memorial is being held in Madison on Friday. On the Cress site, friends and family left memorial notes recalling a young person with energy who greatly impacted people’s lives.

Lee’s death adds yet one more name to a list of LGBT teens whose deaths by suicide interacted with social media this year. In May, genderqueer teen Kyler Prescott died after struggling with depression and harassment online. Sixteen-year-old trans girl Taylor Alesana took her own life after documenting the bullying she experienced on her YouTube channel. In scattered incidents, a number of trans teens also committed suicide earlier in the year—each posting notes or videos about their plans to social media.

Editor’s note: This story has been updated to provide additional information and context.