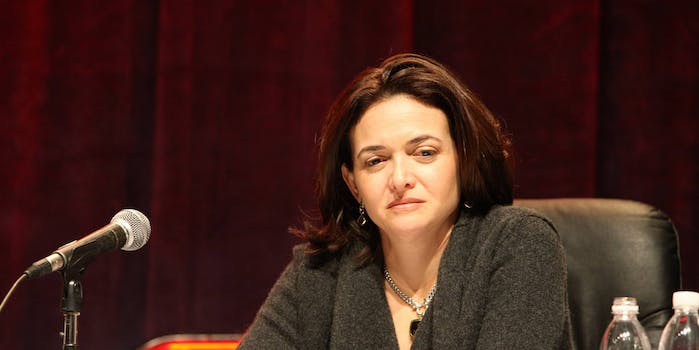 'Women’s rights are human rights—and there is no more basic right than health care.'

Earlier this week, Trump signed an executive order reinstating the global gag rule on abortion. And now Sheryl Sandberg is speaking out about how his order will hurt women around the world.

“The last time the global gag rule was in effect, research showed more women who lost access to contraception had unwanted pregnancies and abortion rates doubled,” she wrote. “The best way to prevent abortion is through more family planning services, not fewer.”

Statistics from the Guttmacher Institute support this, saying that in Ghana, “abortion rates were higher during the gag rule years than non-gag rule years in rural and poor populations.”

Sandberg was one of many tech executives who met with Donald Trump in December, but she publicly endorsed Hillary Clinton for president last summer. Some have suggested that she’s eyeing a run for office in 2020, though in 2014 she said she had ruled that out.