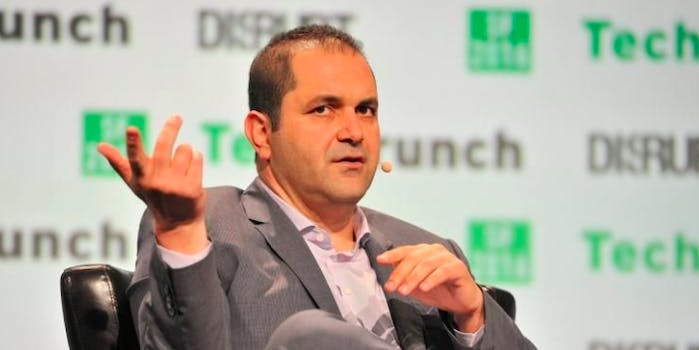 The Hyperloop One co-founder is taking a leave of absence.

Silicon Valley investor Shervin Pishevar announced Tuesday he would be taking a leave of absence after multiple sexual assault and harassment claims were made against him.

Pishevar, an early investor in Uber and co-founder of Hyperloop One, has been accused of sexual misconduct by five women he met in a professional setting. One woman has said Pishevar raped her they were while abroad.

Pishevar said he had “decided to take an immediate leave of absence from my duties at Sherpa Capital and Virgin Hyperloop One, as well as my portfolio company board responsibilities, so that I can pursue the prosecution of my lawsuit, where I’m confident I will be vindicated.”

Last week, Bloomberg published a story about the five women’s accounts of incidents with Pishevar. Each of the women spoke of Pishevar using his power to exploit them with the prospect of a job, mentorship, or investment in order to make unwanted sexual advances.

Three of the women described Pishevar forcing himself onto them and forcibly kissing them. Another woman said after she found herself alone in a hotel room with Pishevar following a company party; he pulled out a cell phone and began showing her photos of female genitalia, she said.

In May of this year, Pishevar was arrested in London after being accused of raping a woman but was released and never charged.

The five women who spoke to Bloomberg said they declined to include their names out of fear of legal risks of speaking out against Pishevar. Colleagues of Austin Geidt, Uber’s head of expansion, told Bloomberg that Pishevar touched her without consent during a party.

Earlier in November, Pishevar sued a consulting firm, accusing it of spreading false information about him.

Pishevar has denied the claims of sexual assault and said that he has become the target of a smear campaign against him, Bloomberg reported.

Sherpa Capital, the venture capital firm Pishevar co-founded, said it would be doing an independent external review of the claims. Hyperloop One has not commented on the claims.