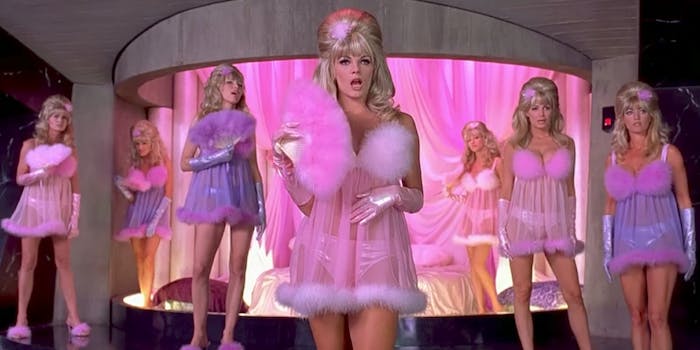 How sex robots could become targets of rape fantasies

Maybe we need to rethink this entire 'sex robots' thing.

Sex robots could most definitely facilitate simulated rape or could be programmed for rape fantasies, raising ethics questions over whether the use of robots would reduce sex crimes or perpetuate rape culture.

According to a report released by the Foundation for Responsible Robotics earlier this month, robotics experts and researchers are split on whether sex robots could provide therapeutic prevention to rapists and pedophiles, or if they would reinforce such behavior to be acted out on other people.

The report presented an overview of a “technological state-of the-art in sex robots and parallel sextech” by examining seven questions including, “Will sex robots change societal perceptions of gender?” “Could robots help with sexual healing and therapy?” and “Would sex robots helps to reduce sex crimes?”

As for sexual healing and therapy, sex robots could allow some users to address problems with sexual functioning or social anxiety. Additionally, the ethics of sex robots being used for people with disabilities or elderly people are more uncertain.

However, as far as how well sex robots could help suppress “disordered or criminal sexual desires” such as rape and pedophilia, experts disagree. Even before examining the legality of owning dolls depicting pornographic representations of children, or dolls that express an extreme likeness to real people, professors in philosophy and ethics argue that allowing someone to act on those desires on a doll as a means of repressing such desires in real life is illogical.

“Treating paedophiles with robot sex-children is both a dubious and repulsive
idea. Imagine treating racism by letting a bigot abuse a brown robot. Would
that work? Probably not. If expressing racist feelings is a cure for them, then
we wouldn’t see much racism in the world,” philosophy professor and robot ethicist Patrick Lin told the foundation.

Not only is there a possibility of encouraging such behavior, but sex robot technology too can be programmed to simulate rape, just as with “Roxxxy,” a sex robot from company True Companion, which possesses a pre-programmed personality called “Frigid Farah” that responds unappreciatively to touches in her “private areas.”

“Many others believe that [expressing disordered or criminal sexual desires with a sex robot] would be an indulgence that could encourage and reinforce illicit sexual practices,” the foundation concluded. “This may work for a few, but it is a very dangerous path to tread. It may be that allowing people to live out their darkest fantasies with sex robots could have a pernicious effect on society and societal norms and create more danger for the vulnerable.”